Video: Artem Lobov – Risking it all
Press enter to begin your search
MMA

Video: Artem Lobov – Risking it all 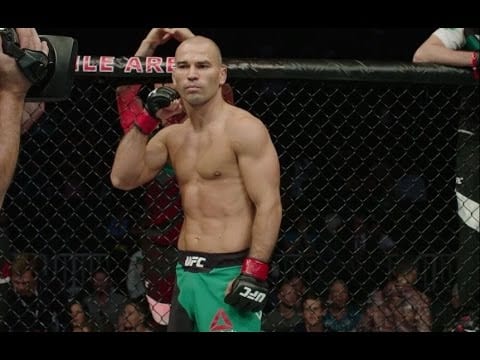 It’s pretty well known that you often have to take a risk to get ahead in life.

And for Artem Lobov, that’s never been truer than this weekend at UFC Nashville. The UFC featherweight, despite being currently unranked, finds himself in a main event slot against #4 ranked Cub Swanson. The odds, it would seem, are stacked against him.

But Lobov has never been one to listen to naysayers, and in a piece of promotion ahead of this weekends card, the UFC have posted an interview with the SBG man regarding his upcoming opponent.

While fans and Swanson himself might think it’s a foregone conclusion, Lobov has a different vision in mind.

“[Cub’s] in for a huge surprise,” Lobov said. “He can’t hang with me in the stand up. Cub is the number four guy, he is my hardest challenge to date. But without risk, there’s no reward, so I’m willing to risk it all. Every damn time.

“Beating Cub Swanson will show the world that I truly belong at the top of the UFC.”