Video: Alistair Overeem knees his way to a first round finish over Aleksei Oleinik
Press enter to begin your search
MMAVideos

Video: Alistair Overeem knees his way to a first round finish over Aleksei Oleinik

Alistair Overeem has always been known for his knees, but in case you forgot, he’s always ready to remind you. 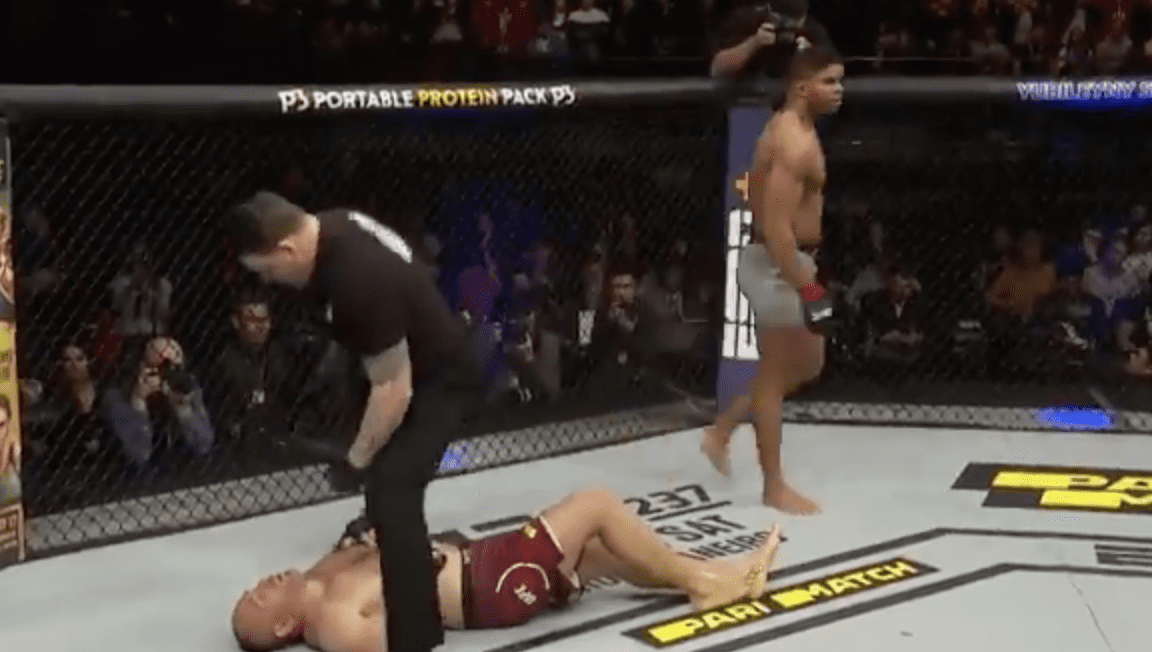 When it comes to UFC heavyweights, there are few better in the clinch than Alistair Overeem.

And tonight at UFC St. Petersburg, Overeem took about four and a half minutes to remind those watching to do their best to avoid entering that distance.

Taking on Aleksei Oleinik, Overeem weathered an early storm in the form of big right hands, timing Oleinik on the way in with knee after knee. Then, as the two tangled up in the clinch, Overeem landed a series of big shots down the middle that left Oleinik crumpling to the canvas. A few blows of ground and pound after, and the bout was called.

It marks two in a row for Overeem as he continues to try and make his way back to title contention in the heavyweight division.