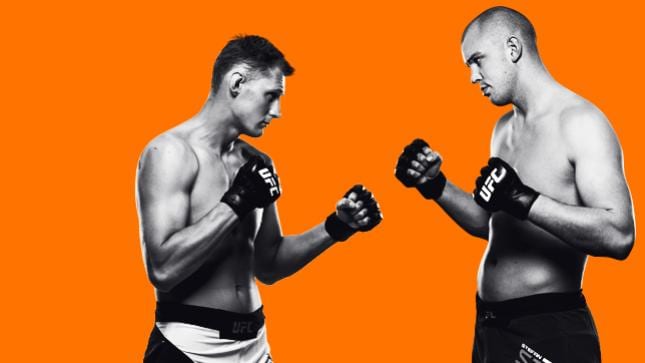 At UFC Rotterdam, Alexander Volkov made Stefan Struve’s hometown return a sour one with a third round TKO victory.

The two, who together made up the ‘tallest’ fight in UFC history, entertained the Dutch crowd with a primarily Thai Boxing style fight, which was an even affair throughout — although a series of eye pokes began to take their toll in the second and third.

Struve had put forth a decent pace early on, but seemed to start to slow in the latter parts of the second before a nice body kick from Volkov put Struve’s back to the cage before punches put an end to it.

It marks Struve’s ninth career loss, and his seventh by KO/TKO. For Volkov, it puts his record at 29-6, and puts him in contention for a top five opponent — not that he minds who.

“I don’t care, let the UFC choose,” Volkov said post-fight. “Every win puts me higher, I want to be on the top.”