Aaron Pico had a debut to forget 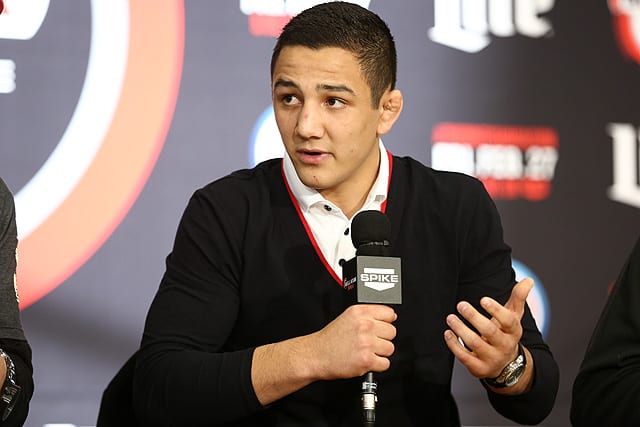 Aaron Pico came into Bellator NYC with about as much momentum as a hype train can get. Repeatedly billed as the best prospect ever to be seen in MMA, Pico made his debut against Zach Freeman, a fighter with ten professional fights.

(VIDEO) Zach Freeman taps out Aaron Pico via darce choke in 24 seconds of the first round. #BellatorNYC pic.twitter.com/VZQpNJGKYd

But, despite facing against the twenty year old with the phenomenal background, Freeman was determined to spoil the fairytale. In the opening exchange, Pico got hit with a clean uppercut, Freeman leapt onto his fallen opponent and got the D’arce choke for the win.

“The power of belief in this life,” Freeman said, post-fight. “Anything can happen. You have to believe it.”