The UFC are mandating several safety steps ahead of their sequence of events on ‘Fight Island’. 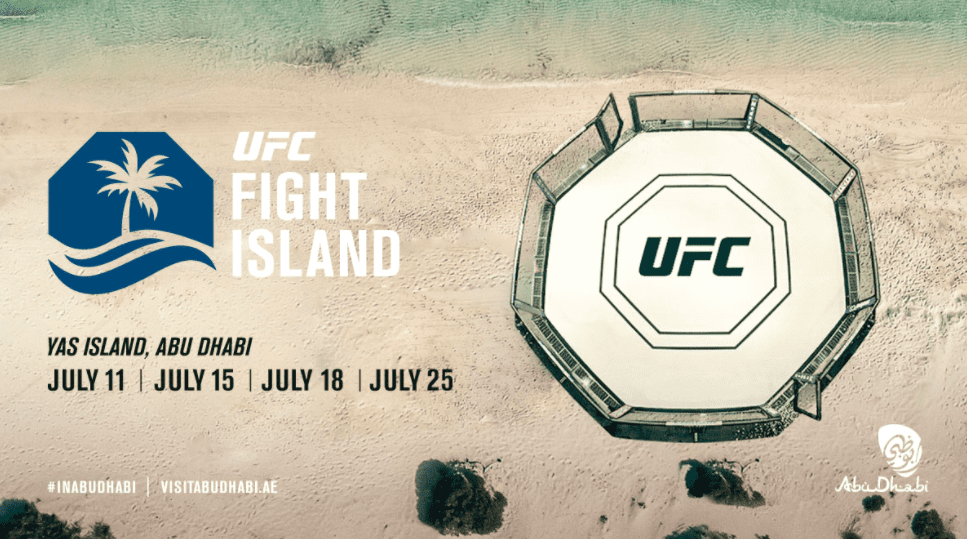 The UFC is set to ramp up its coronavirus testing protocols ahead of next month’s sequence of events at Abu Dhabi’s ‘Fight Island’, per a report by ESPN.

It states that the UFC will mandate even more tests than were administered ahead of the UFC’s fight cards in Jacksonville and Las Vegas for all fighters, corner staff and others required to attend the fight cards, including tests to be done before leaving their home countries.

The UFC will hold four events on Yas Island, which has been dubbed ‘Fight Island’ by the UFC. The move was designed as a way for international fighters who may otherwise be temporarily restricted from traveling to the United States to compete against one another.

Athletes competing on the July 11 UFC 251 card will be sent to so-called ‘anchor cities’, ranging from Las Vegas, Sao Paulo, London or Moscow where they will be tested and quarantined until it is time for them to travel to Abu Dhabi. This will mark the first occasion in which fighters have been tested before they arrived at the destination of the fight card.

Once they arrive, two further tests will be administered following by a period of isolation until the results arrive. This process will then repeat once again. Fighters will also be tested after the fight card.

Yas Island will also contain a 10 square-mile ‘bubble’ in which people not associated with the fight cards will be barred from entering. As with all of the UFC’s post-pandemic fight cards, social distancing regulations will be enforced.

Despite their best efforts to date, the UFC’s return from its self-imposed coronavirus hiatus was marked by a few Covid-19 test failure — most notably Ronaldo ‘Jacare’ Souza, who tested positive for the virus but not before attending the weigh-ins on the eve of his scheduled fight with Uriah Hall where he was pictured mingling with other athletes.