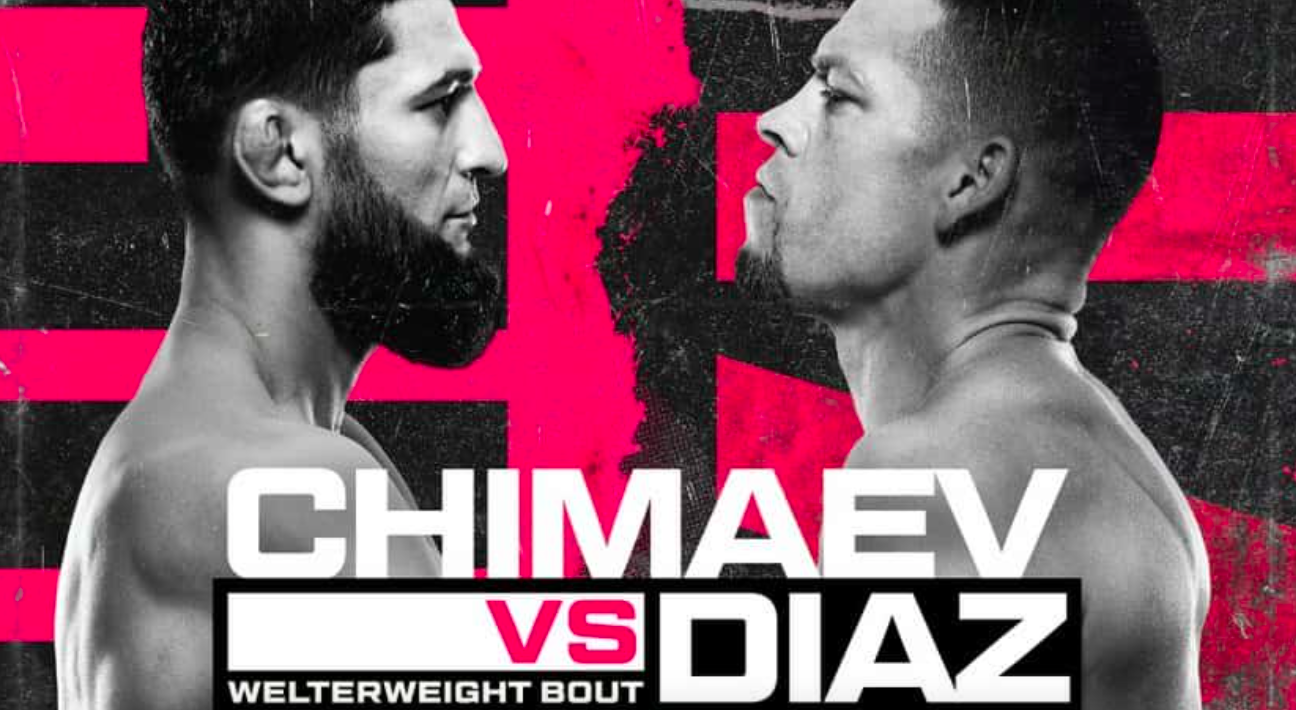 Some may have questioned the matchmaking involved but you can bet that anyone expressing any dismay at this fight booking are going to tune in when Khamzat Chimaev and Nate Diaz share the cage in the UFC 279 headliner on September 10.

As Dana White told Oscar Willis of TheMacLife recently, Khamzat Chimaev will earn a welterweight title shot if he defeats Nate Diaz next month, though this may have to wait until next summer or so if, as expected, current champion Leon Edwards completes his trilogy with Kamaru Usman in a fight expected to take place in early 2023.

Diaz, though, has played spoiler before and will again look to inset a spanner in the UFC’s cogs when he fights out his contract ahead of a presumed move to boxing in the coming months — and if the Stockton man is looking to maximise his payday ahead of a potential showdown with Jake Paul, one way to guarantee the highest payday possible is to end the unbeaten run of Chimaev, the man prophesied as being the next dominant champion at 170-pounds.

We find out if that is possible in just a few weeks time, but until then you can tide yourself over by checking out the UFC’s official promo for the fight below: