Black Forge Inn cleans up at Bar of the Year Awards 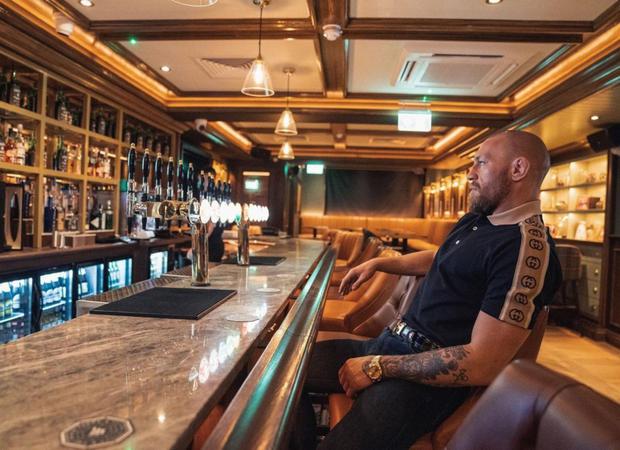 Chalk another one up for the Black Forge Inn.

Conor McGregor is celebrating today after his licensed premise in his native Crumlin won several gongs at the Bar of the Year Awards for 2022, including Best Newcomer, as well as the Outstanding Customer Service Award while the Staff Personality of the Year Award was picked up by the bar’s manager, Liam Flynn. It also picked up a silver in the Bar Food of the Year category.

McGregor, who purchased the bar in 2019, has develop a burgeoning property empire in recent years and added to it just weeks ago with the purchase of the Waterside Bar in the Dublin suburb of Howth, attended the awards in Dublin’s Clayton Hotel after jetting back to the Irish capital from Majorca, and was photographed afterwards alongside several members of the bar’s staff.

A post shared by The Black Forge Inn (@theblackforgeinn)

Before the awards took place, McGregor wrote on social media: “The @baroftheyear_ awards this evening! It is no wonder @theblackforgeinn is up for a ton of awards! A great honor! Congrats and good luck to my team.”

The Black Forge Inn has been widely praised since McGregor purchased it and subsequently spent a significant amount of cash upgrading and expanding it, as well as helping to develop a top of the line a la carte menu — the latter of which was recognised in the ceremony as being among the best ‘pub grub’ in the entire country.

The pub has also been a noted tourist attraction in Crumlin, the Dublin community in which McGregor grew up, and has attracted a wide array of celebrity guests — most recently including the likes of Molly McCann, Paige VanZant, ex-footballers Ian Wright and John Hartson and influencer Dan Bilzerian among others.

The full winners list for the 2022 Bar of the Year Awards can be seen here.