UFC release statement on Nate Diaz: “The main event of UFC 244 will proceed as scheduled”
Press enter to begin your search
MMA

UFC release statement on Nate Diaz: “The main event of UFC 244 will proceed as scheduled” 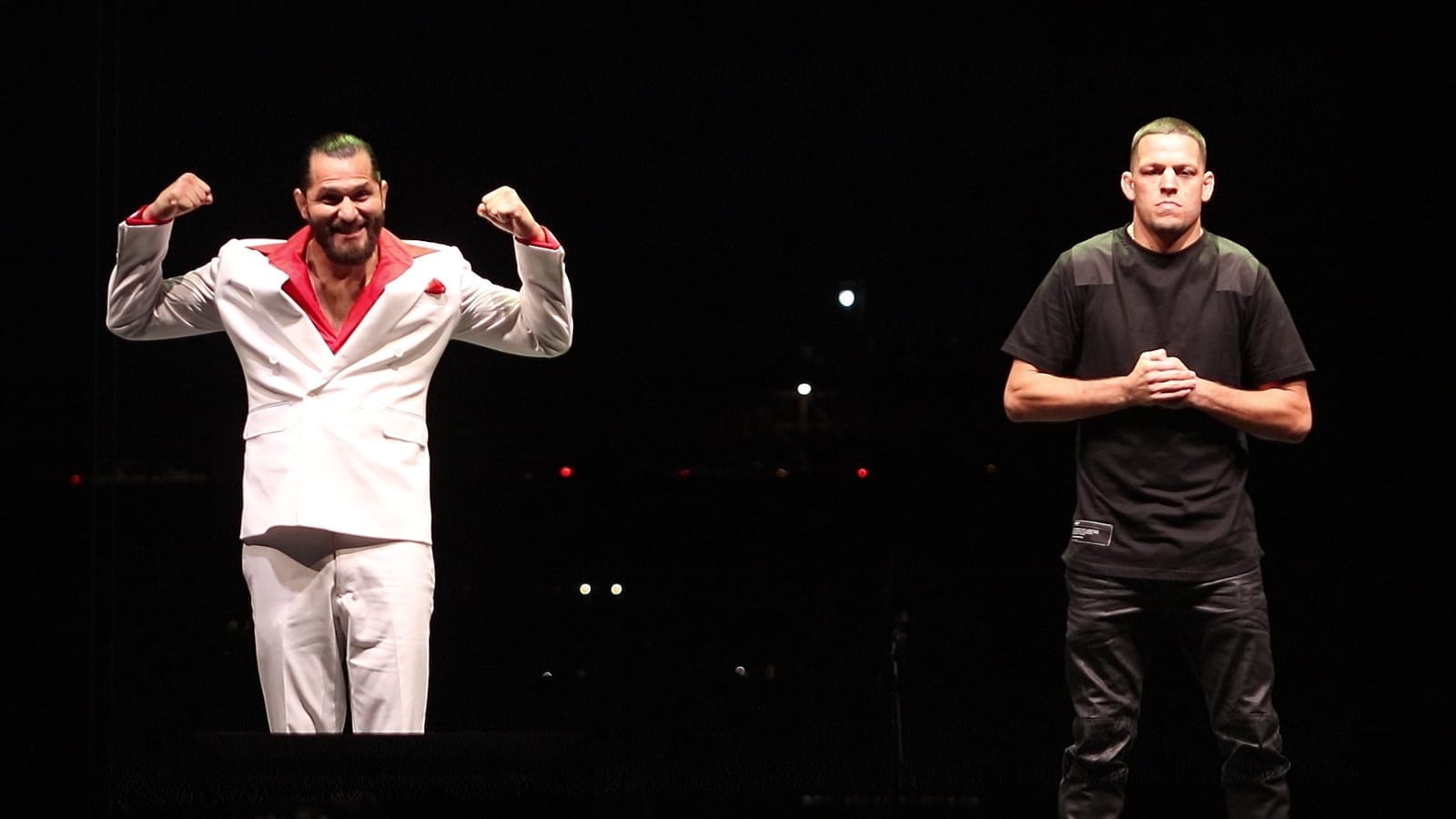 The UFC and USADA have cleared Nate Diaz of any wrong doing over elevated levels in a drug test, and fully expect the scheduled main event of UFC 244 between him and Jorge Masvidal to proceed as planned.

Earlier this week, Diaz made a statement saying he would refuse to go and compete in New York after being informed of tiny amounts of the banned substance Ligandrol was in his system, unless his name was completely cleared of any wrongdoing.

Today, the UFC and USADA released a full statement on the issue, writing that a tainted batch of organic, vegan multivitamins was the issue. A similar situation happened with UFC welterweight Neil Magny in the past.

“Mr. Diaz has not committed an anti-doping violation, has not been provisionally suspended and is not subject to any sanctions,” said the statement. “Additionally, UFC has been informed by independent experts who have determined that there is unequivocally no appreciable performance enhancing or therapeutic benefit from the significantly limited amount of LGD-4033 that may be present in his system, which is roughly 10,000 times lower than one LGD-4033 therapeutic dose.”

It’s believed the UFC and Jeff Novitzky are looking to introduce a change in how they view tainted supplements in the company’s anti-doping policy, due to an increasing number of fighters failing tests for minuscule amount of drugs from off the shelf products without the substance correctly stated on the label.

The full statement can be read below:

The main event of UFC 244 at Madison Square Garden in New York, New York will proceed as scheduled.

UFC in an industry leader in anti-doping and we continuously strive and advocate for an effective and fair program for our sport and athletes. From January of 2019, UFC and USADA, along with independent experts and consultants, have been reviewing the UFC Anti-Doping Policy to ensure it remains a reliable and effective tool to combat doping in our sport and to protect UFC athletes that compete in the Octagon.

As early as August 31, 2019, certain significant changes to the UFC Anti-Doping Agency have been agreed on in principle between the UFC and USADA, an as such, have been put into practice. One of the changes is the adoption of scientifically-based decision concentration levels, known as minimum thresholds, for certain prohibited substances where evidence has shown that positive tests of these substances below the threshold are consistent with innocent contamination. A positive sample of an applicable substance below the decision concentration level results is treated as an atypical finding. An atypical finding will result in no violation in the absence of other facts or circumstances that confirm the athlete intended to gain an unauthorized performance enhancing or therapeutic benefit through the use of the substance.

Since August 31, 2019, several UFC athletes have had their provisional suspensions lifted based on the implementation of decision concentration levels, including Neil Magny. Mr. Magny’s provisional suspension was due to a positive sample of containing a prohibited SARM (Selective Androgen Receptor Modulator), known as LGD-4033, or Ligandrol, in an amount below the decision concentration level for this substance. Mr. Magny’s atypical finding was reviewed by USADA and it was concluded that no other facts or circumstances were present that would have resulted in an anti-doping policy violation by, or sanction by, Mr. Magny.

On October 24, 2019, Nate Diaz released a public statement regarding a recent out-of-competition test conducted by USADA. UFC has been notified by USADA that the out-of-competition test concluded that LGD-4033 was present in Mr. Diaz’s sample at an amount below the decision concentration level for this substance. USADA is reviewing the out-of-competition test as an atypical finding. Further laboratory testing conducted by the Sports Medicine Research and Testing Laboratory (SMRTL), a WADA-accredited lab in Salt Lake City, Utah, has confirmed that two bottles of the same organ, vegan, plant-based daily multivitamin that Mr. Diaz was using were each contaminated with LGD-4033, which the evidence supports results in Mr. Diaz’s positive sample.

“Mr. Diaz has not committed an anti-doping violation, has not been provisionally suspended and is not subject to any sanctions,” the company stated. “Additionally, UFC has been informed by independent experts who have determined that there is unequivocally no appreciable performance enhancing or therapeutic benefit from the significantly limited amount of LGD-4033 that may be present in his system, which is roughly 10,000 times lower than one LGD-4033 therapeutic dose.”

Upon completion of the revised UFC Anti-Doping Policy, the UFC and USADA will make the policy publicly available.