UFC Fight Island 4 is ready to go after Friday’s weigh-ins in Abu Dhabi. 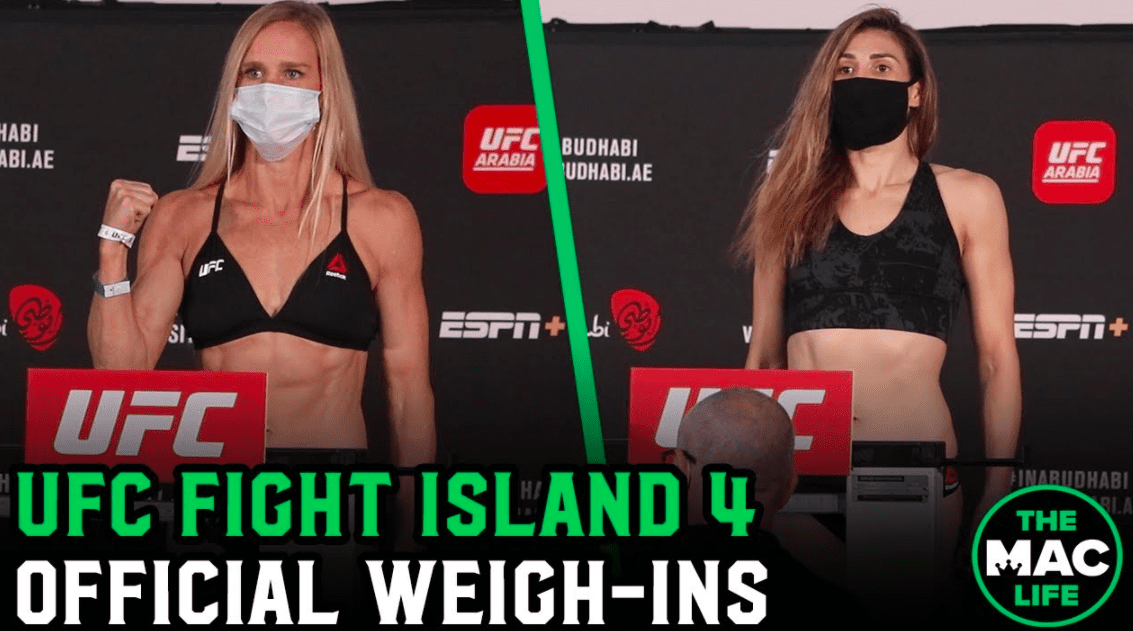 The UFC’s latest adventure on Fight Island is a go following Friday’s weigh-ins on Yas Island in Abu Dhabi.

Former UFC bantamweight champion Holly Holm is looking to re-establish her title credentials in the division she once ruled, but in order to do so she will have to hand opponent Irene Aldana what would be just her second defeat in her last seven.

Mexico’s Aldana will compete for the first time in what seems like eons (it was only last December actually) against Holm, with her last performance against Ketlen Vieira, which she win by first round, signalling that she has waves of her own to make in the weight class currently lorded over by Amanda Nunes.

Both Holm and Vieira successfully hit the scales within the bantamweight non-title allowance, meaning that all systems are go for their clash on Saturday night. In fact, not one fighter missed weight on the 11-fight card.

See below for our highlight video of the weigh-ins and the full official results: