The second of four events on ‘Fight Island’ kicks off on Wednesday. 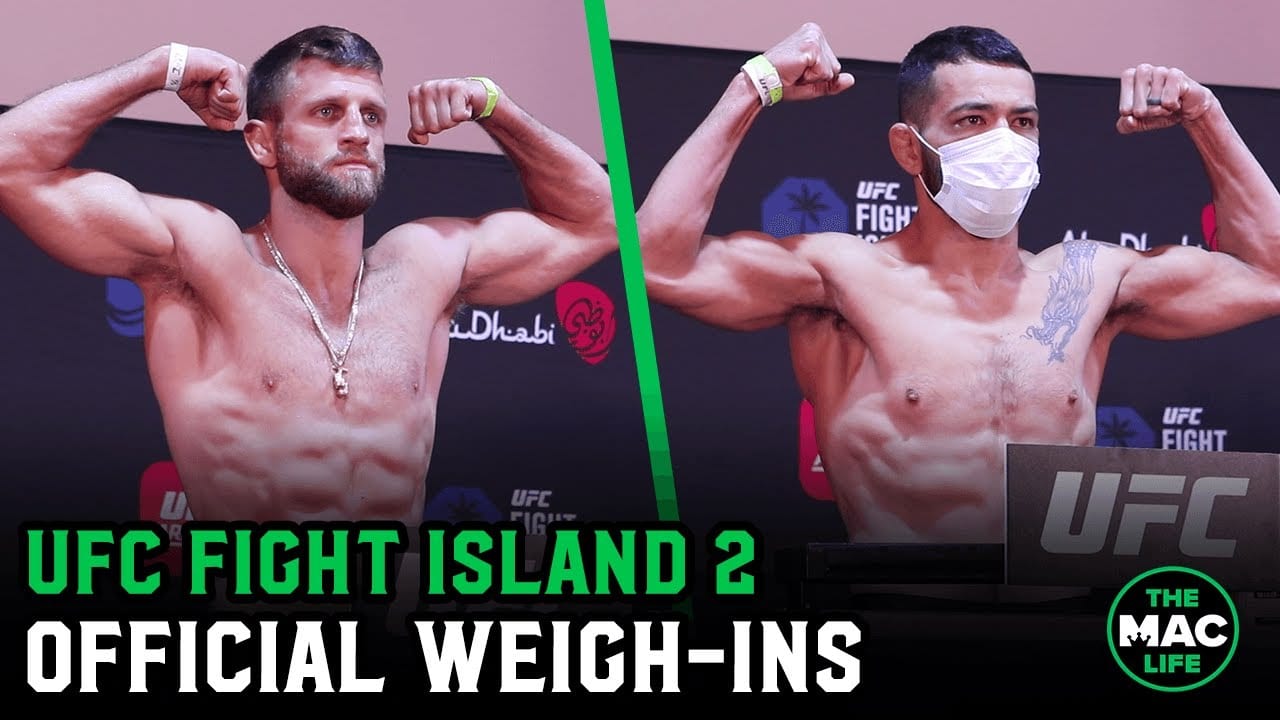 The UFC’s second of four events in Abu Dhabi is official after this morning’s weigh-ins on ‘Fight Island’.

It wasn’t all plain sailing on the scales, however. Abdul Razak Alhassan missed weight by three pounds ahead of his welterweight fight with Mounir Lazzez while former Cage Warriors champion Chris Fishgold was also three pounds over the featherweight limit ahead of his fight with Jared Gordon.

Kenneth Bergh, the Norwegian light heavyweight, was scratched from the card after complaining of issues during his weight cut so his fight with Jorge Gonzalez — who made weight — is off.