The UFC’s return to Dublin later this year could be scuppered by new government plans regarding gatherings during the coronavirus pandemic. 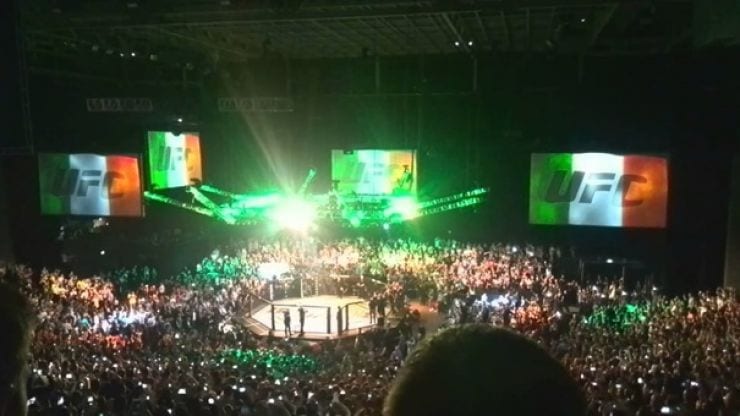 The mixed martial arts promotion were gearing up for a return to Ireland on August 15 at the 3Arena later this year, but now new coronavirus safety protocols could see that event scrapped, or at the very least see fans removed from the equation.

To help stem the rise of COVID-19 cases, and to avoid a second spike later this year, the Irish government has announced that mass gatherings of over 5,000 people will be banned until September 1.

The decision will affect sports fixtures, festivals and concerts. Mass gatherings have been banned in the country since March 12. While it hadn’t yet been confirmed by the promotion, it was believed UFC Dublin was set to be headlined by Darren Till vs. Robert Whittaker.

It’s a situation that’s starting to become familiar to the UFC, as countries across the world look to stem the flow of coronavirus cases flooding medical facilities. Recently, scheduled events in England, Brazil, Ohio and Nebraska have all been scrapped due to the pandemic.

To continue on, UFC president Dana White has made plans to secure a private island for international fighters to compete on, while May 9 is touted as the return date for the promotion’s work on mainland U.S.A.

Tony Ferguson and Justin Gaethje are set to compete for the interim lightweight title on the above date in an as-yet-unspecified location.