The UFC has announced some wholesale changes to their upcoming card in Winnipeg. 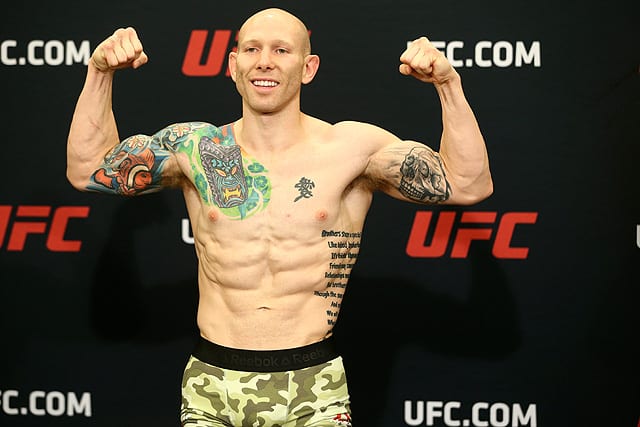 Ricardo Lamas had been left without an opponent after José Aldo stepped in for Frankie Edgar at last weekend’s UFC 218 in Detroit, so the Brazilian has been replaced in the co-main event by Team Alpha Male’s Jose Emmett. The 12-1 Emmet has three victories against one defeat in his UFC tenure thus far. Emmett was last seen on the UFC’s card in Poland in October where he won a decision against Felipe Arantas. Prior to that Emmett suffered the sole loss of his professional career, a split decision defeat to Desmond Green at UFC 210.

It has also been confirmed that Tim Elliot will now face the 13-0 UK fighter Pietro Menga in a flyweight bout after Justin Scoggins withdrew. Another UK fighter, Darren Stewart, will also compete on the card replacing Vitor Miranda against Julian Marquez.

Finally, middleweights Nordine Taleb and Danny Roberts will now face each other after their original opponents Sultan Aliev and Sheldon Westcott were removed from the card.

UFC on Fox 26 takes place on December 16th from the Bell MTS Place in Winnipeg, Canada and is scheduled to be headlined by a welterweight bout between former UFC champions Robbie Lawler and Rafael Dos Anjos.