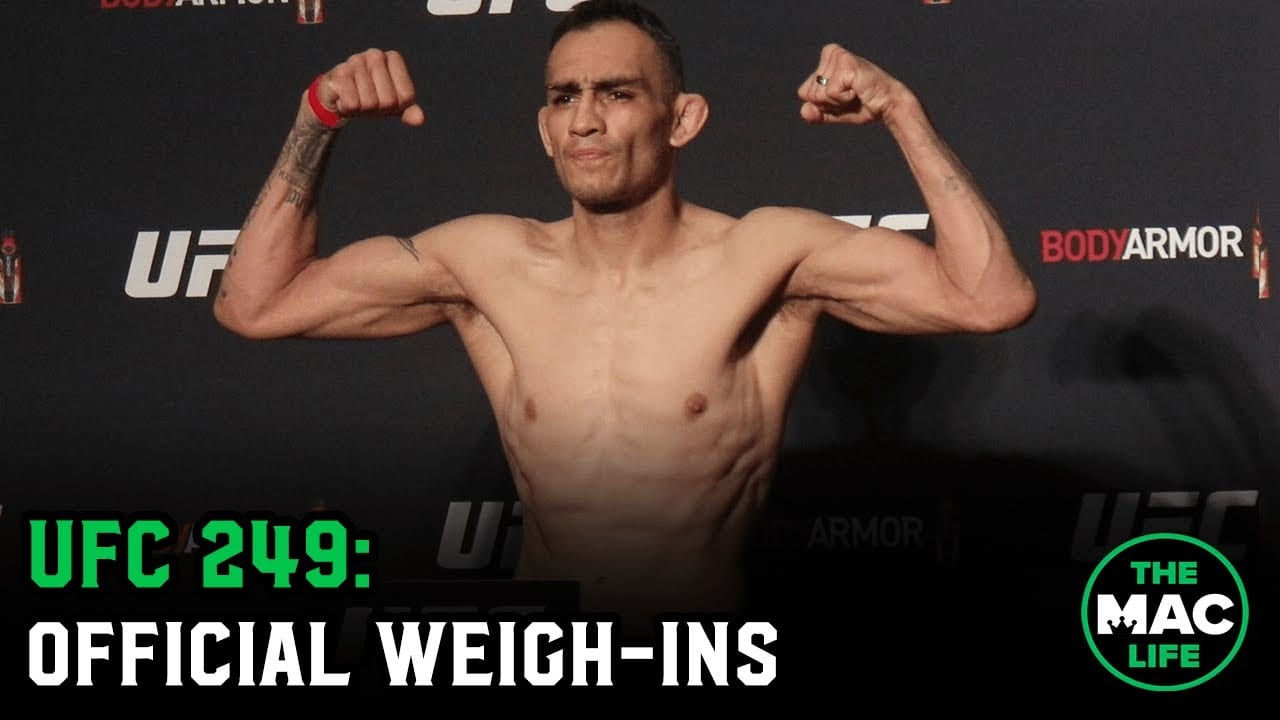 Nearly two months have passed since the UFC last staged an event but all systems are go for Saturday’s UFC 249 after all of the featured players on the card successfully made weight early Friday in Jacksonville, Florida.

And what a card it is.

The two men who will tangle for the interim lightweight championship, Tony Ferguson and Justin Gaethje, both successfully registered 155-pounds on the scale, while the bantamweight world title fight between champion Henry Cejudo and the returning Dominick Cruz is also official after both men made championship weight of 135-pounds.

The only fighter to have missed weight is Jeremy Stephens, who was 4.5-pounds over his contracted weight for his featherweight fight with Calvin Kattar.

The full UFC 249 weigh-in results are: