UFC 246: McGregor vs. Cerrone – What we know so far
Press enter to begin your search
McGregorMMA

Months of speculation came to an end on Thursday evening as Conor McGregor’s next UFC fight was announced, but what else do we know? 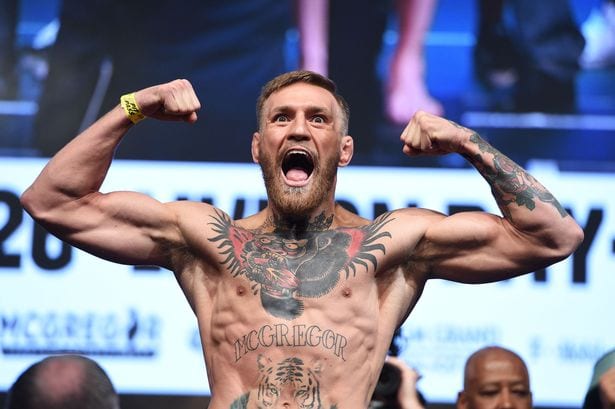 Conor McGregor’s return to the octagon has been set.

As was revealed on Thursday, McGregor will face Donald ‘Cowboy’ Cerrone in the UFC 246 headliner in the T-Mobile Arena in Las Vegas on January 18, making official his return to combat for this first time since October of last year.

Cerrone, the fifth ranked fighter at 155-pounds, was last seen in the octagon in September where he was defeated by Justin Gaethje via first round TKO. Prior to that he lost via doctor stoppage to Tony Ferguson after winning three straight against Al Iaquinta, Alexander Hernandez and Mike Perry in a welterweight contest.

The fight will mark the sixth occasion that McGregor has competed in Las Vegas and comes as the first part of what he described as a ‘season’ in 2020 in which he intends to compete three times.

The fight, just seven weeks away, promises to be one of 2020’s most anticipated showdowns but what do we know so far about it?

McGregor and Cerrone will headline UFC 246 on January 18. The event will be titled UFC 246, meaning that the already announced February 8 card (which was tentatively titled UFC 246) to be headlined by Jon Jones vs. Dominick Reyes will now be UFC 247.

The fight will take place inside the T-Mobile Arena in Las Vegas.

At what weight will the fight take place?

It will be a welterweight contest, 170-pounds, a weight at which both men have competed in the past.

Who else is fighting?

The card is not yet finalised but will feature a lightweight bout between Anthony Pettis and Carlos Diego Ferreira, while the likes of Aleksei Oleinik, Maycee Barber, Andre Fili and others have already been announced to take part.

Further information, as well as more featured bouts, will be revealed in the coming days and weeks. Stay tuned to TheMacLife for all the latest news!