UFC 244: Diaz vs. Masvidal, Till vs. Gastelum both official despite last-minute drama at weigh-ins
Press enter to begin your search
MMA

UFC 244: Diaz vs. Masvidal, Till vs. Gastelum both official despite last-minute drama at weigh-ins

Did we have another ‘TowelGate’ incident at this morning’s UFC 244 weigh-ins? 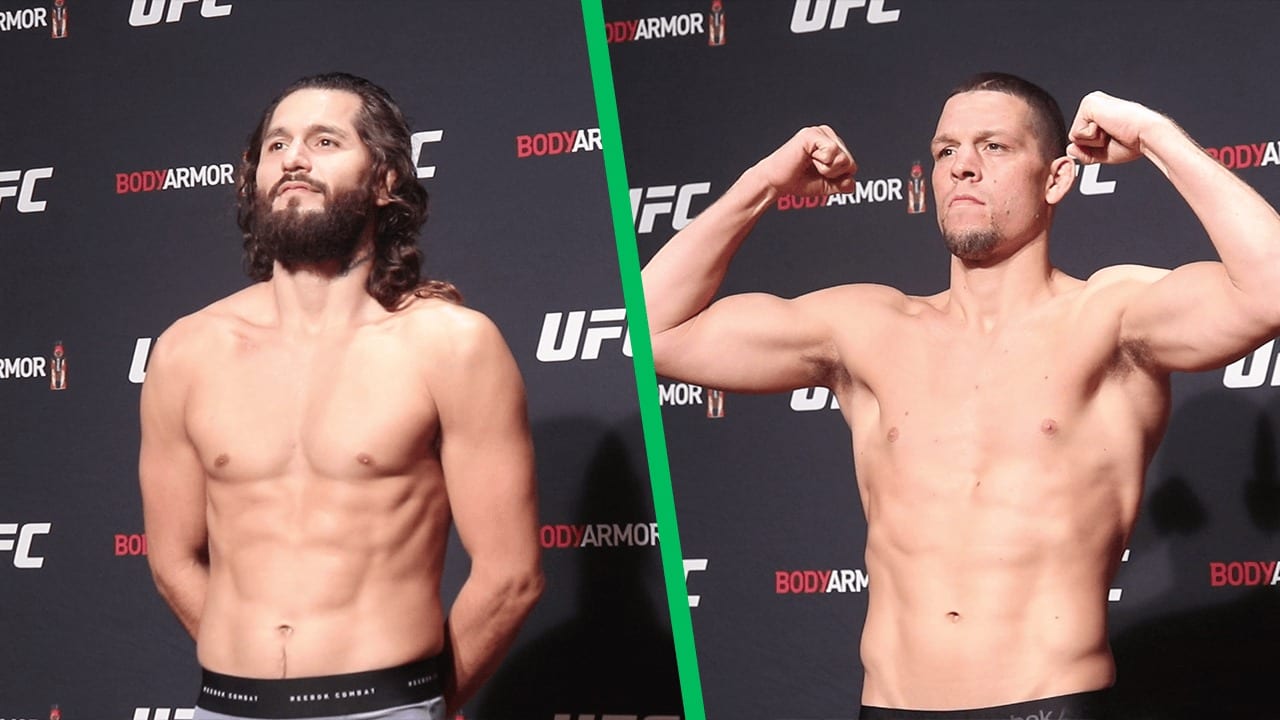 It was another morning of high drama on the scales at the UFC 244 weigh-ins in New York City early on Friday morning.

Both fighters in the main event, Nate Diaz and Jorge Masvidal, made weigh with apparent ease, making official tomorrow’s ‘BMF’ bout official but the real drama came when Kelvin Gastelum stepped on the scales as the two hour weigh-in window ticked towards its conclusion.

Darren Till, Gastelum’s opponent in Saturday’s co-main, registered his weigh with apparent ease despite whispers in the media that the Liverpool man might have had struggles with his weigh this week but it was Gastelum himself who kept the media waiting amid rumours that he had been having trouble hitting the 186-pound middleweight non-title limit.

When he did make the scales with around three minutes remaining in the weigh-in window, the scales read 184 — 2 pounds lower than the weigh allowance he was afforded. This immediately raised a few eyebrows at the New York Marriott Marquis. Why had Gastelum waited so long to weigh in when he was already under the limit? And why did he appear sweaty at the scales, as if he had been cutting weight until just moments before he stepped on the scales?

Now, this next part is entirely speculation at this point but a photograph tweeted out from the weigh-ins appeared to suggest that Gastelum was leaning on his coach Rafael Cordeiro while he was weighing in, an old tactic used to help make it seem like your weight on the scales is lower than your actual weight.

Kelvin Gastelum appears to be leaning on his coach Rafael Cordeiro as he weighs in. 👀👀#UFC244

So, with Gastleum apparently on weight that left Jennifer Maia as the only participant to miss weight ahead of his prelim fight with Katlyn Chookagian.

The full UFC 244 weigh-in results are: