Both Daniel Cormier and Derrick Lewis successfully made weight for the UFC 230 main event. 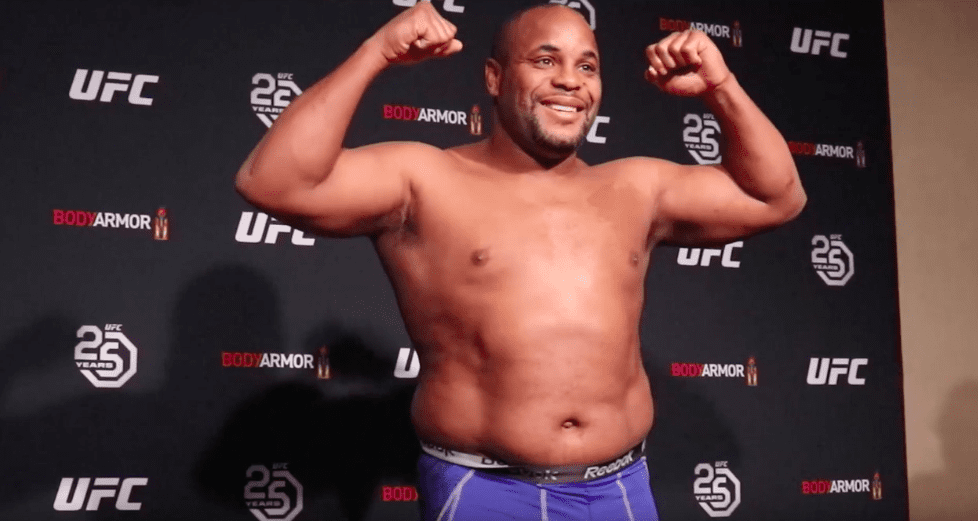 The chances of Daniel Cormier ever registering 205-pounds on a UFC scale again are, ahem, slim after the double champion weighed in at 251-pounds this afternoon for his UFC 230 title defence against Derrick Lewis.

Lewis, meanwhile, was among the last to step on the scales and just scraped past the heavyweight limit at 246.6-pounds. The UFC’s third Madison Square Garden main event, therefore, is official.

Daniel Cormier hits the scales as a heavyweight once again for UFC 230. pic.twitter.com/NKg3sOLNuu

Derrick Lewis makes the weight, and our title fight is on. pic.twitter.com/2FqPfaXG4l

Two fighters didn’t quite scrape by, though. Sijara Eubanks, who was at one point slated to compete in the main event opposite Valentina Shevchenko, did her prospects of a re-booked title shot no good at all by missing weight by more than a pound for her bout against Roxanne Modaferri.

Bantamweight Brian Kelleher was also off on the scales, coming in at 137-pounds for his bantamweight clash with Montel Jackson. Elsewhere on the card, every bout will go ahead as planned including the co-main event between local boy Chris Weidman and Ronaldo ‘Jacare’ Souza.