A number of fights announced for UFC 228, including women’s flyweight title bout between Nicco Montano and Valentina Shevchenko
Press enter to begin your search
MMA

A number of fights announced for UFC 228, including women’s flyweight title bout between Nicco Montano and Valentina Shevchenko

UFC 228 is starting to take shape, with a number of fights announced this morning. 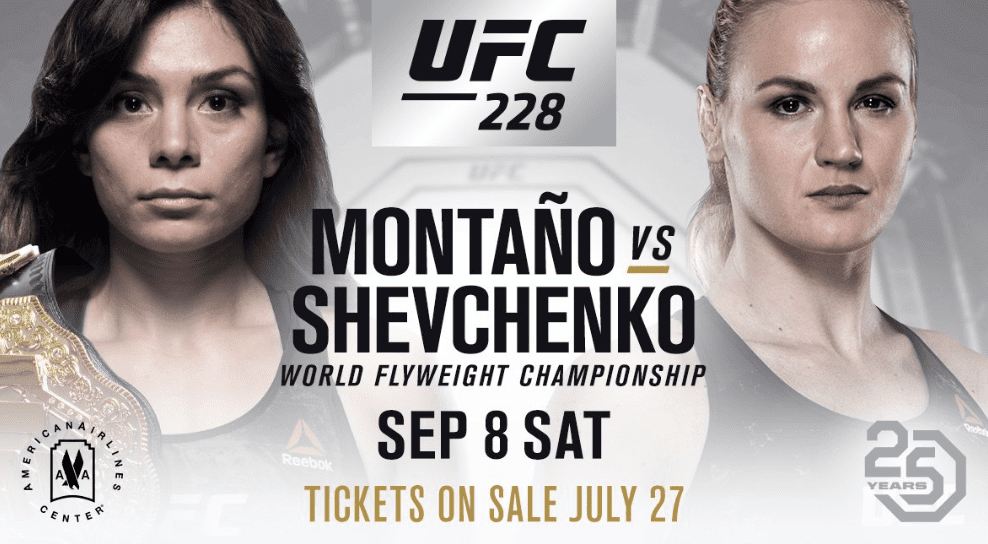 It doesn’t take long for things to take shape in this sport. Today, the UFC announced a number of bouts for their upcoming UFC 228 card on September 8 at American Airlines Center in Dallas, Texas.

Featuring on the card will be the long discussed women’s flyweight title fight between champion Nicco Montano and Valentina Shevchenko, marking Montano’s first defense since winning the 125-pound title following her stint on The Ultimate Fighter.

The flyweight title is on the line in Dallas!@NiccoMontano defends her championship against @BulletValentina at #UFC228!

Also announced for the card are a pair of strawweight contender bouts between Jessica Andrade vs. Karolina Kowalkiewicz and Tatiana Suarez vs. Carla Esparza, as well as two men’s bantamweight fights with Jimmie Rivera vs. John Dodson and Aljamain Sterling vs. Cody Stamann. The much anticipated featherweight contest between Yair Rodriguez vs. Zabit Magomedsharipov is also set to feature.

We’re not done yet!

Four other marquee matchups are slated for #UFC228! pic.twitter.com/NX8DQ7voWy

The full UFC 228 card currently is as follows: