Will ‘The Lioness’ make her third defense of her title or will Raquel Pennington become the UFC’s newest champion? 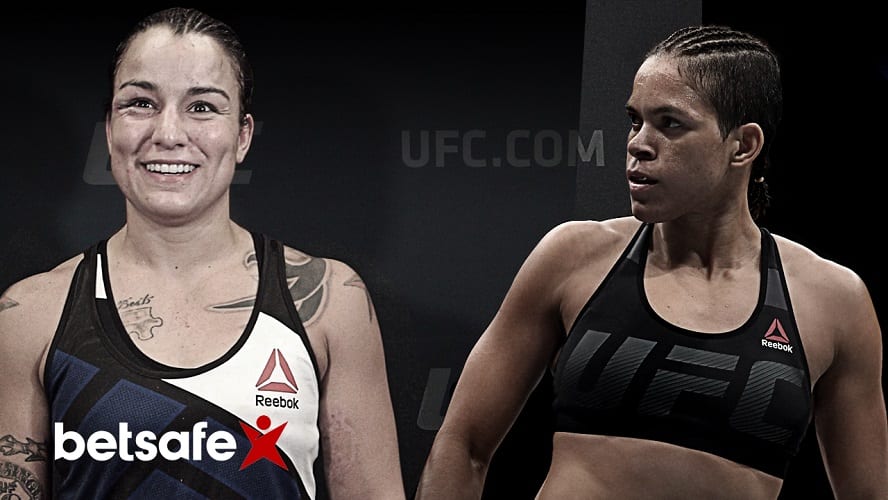 Once the logjam atop the women’s bantamweight division cleared itself it was Amanda Nunes who say unchallenged on the throne, leaving the likes of Ronda Rousey, Holly Holm and Miesha Tate trailing in her wake. This weekend she faces a new challenger in her third title defense but can the gritty Raquel Pennington seize the title from the Brazilian’s grasp?

Amanda Nunes’ recent resumé is about as impressive as anyone on the UFC roster. Her last four wins have been a pair of victories against Valentina Shevchenko, a decisive knockout of Ronda Rousey, as well as the first round submission she sank in at UFC 200 to claim the title from Miesha Tate. Nunes’ striking and an often underappreciated ground game have conspired to make her one of the most difficult puzzles to solve at 135-pounds, though Shevchenko came closer than anyone in their match-up last September — a bout from which Nunes emerged with a split decision win.

Pennington meanwhile, comes into the bout having not fought since the biggest win of her career more than 18 months ago against Miesha Tate at UFC 205. On that night Pennington shut down the former champion en route to the unanimous nod from the judges — the same such result which has come in 5 or her 9 career wins. To repeat that type of performance against an opponent as fierce as Amanda Nunes is a difficult ask, especially if you have to contend with the dreaded ‘ring rust’ along the way.

Nunes will be best served to keep the fight on the feet where she enjoys a clear advantage. Pennington will pose a threat if the match descends into a ground war but ‘The Lioness’ will justifiably be considered the favourite, in no small part down to the fact that she has been the more active fighter recently.

As we noted, Nunes is the overwhelming favourite to defeat Pennington in the UFC 224 main event. Pennington’s long odds are worth a shot as upsets do happen in this sport (and will happen again) but this time around we think that Nunes will have too much for her opponent.

It is hard to look past Amanda Nunes making the third defense of her title but the manner of victory is more difficult to envisage. The most likely scenario is that a gritty Pennington finally gets overwhelmed by strikes against the cafe in the third or fourth round.