We examine the UFC 219 main event between Cris Cyborg and Holly Holm. 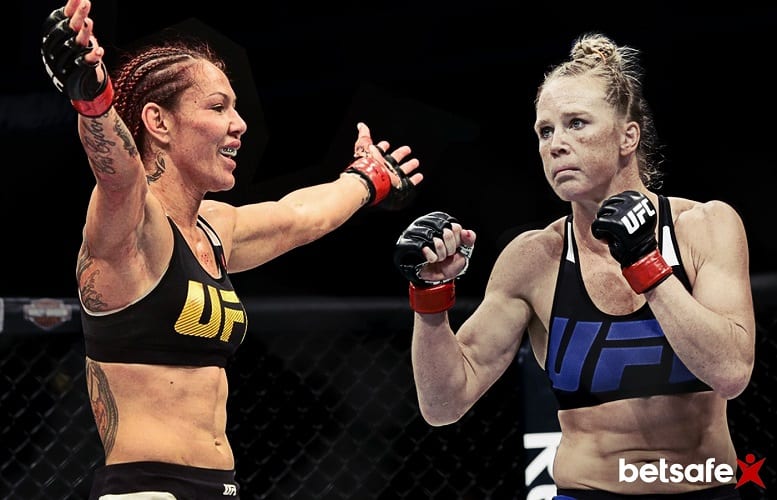 At UFC 219 Holly Holm will, for a second time, attempt to join the lofty heights of the select few fighters who have claimed UFC titles in more than one weight division when she attempts to seize the women’s featherweight title from the clutches of the seemingly unbeatable Cris Cyborg.

Easier said than done, however. Cyborg is as dominant a striker as there has ever been in women’s MMA. She consistently wears down her opponents with her walk-forward aggression and, by the time most of her foes have even come to terms with the onslaught they staring at the lights with the referee waving the fight off.

Undefeated in her professional career since her debut fight in 2005 (and 16 KOs in the 18 bouts that followed), Cyborg stands on the verge of superstardom in mixed martial arts. For so long consHoidered something of a square peg in a round hole due to her inability to successfully make weight in the UFC’s marquee 135-pound division, Cyborg’s substantive skills was essentially the reason that the UFC created the featherweight division.

In Holly Holm, Cyborg will face a true test on the feet. Not only will Holm (a multiple weight world champion in boxing) be the most experienced striker that Cyborg has faced, she is also most defensively sound. Holm is adept at creating angles and using footwork to flummox her opponents, as she did in her stunning victory against Ronda Rousey two years ago — though Cyborg is a far more robust striker than Rousey.

Cyborg is unsurprisingly the favourite at 3/11 while you can get odds of 11/4 on Holm at time of writing.

In order for Holm to win she must avoid a brawl at all costs, engage only when she is in the advantageous position and attempt to test the Brazilian’s cardio by taking the fight into the latter rounds. Her defensive nous will be key to her performance but in Cyborg, she faces a fighter who can seemingly end a contest whenever she shifts into fifth gear.

The picks is Cyborg by fourth round stoppage after a spirited performance by Holm early.