Two of the longest winning streaks at 155-pounds will collide for the UFC interim title on Saturday night. 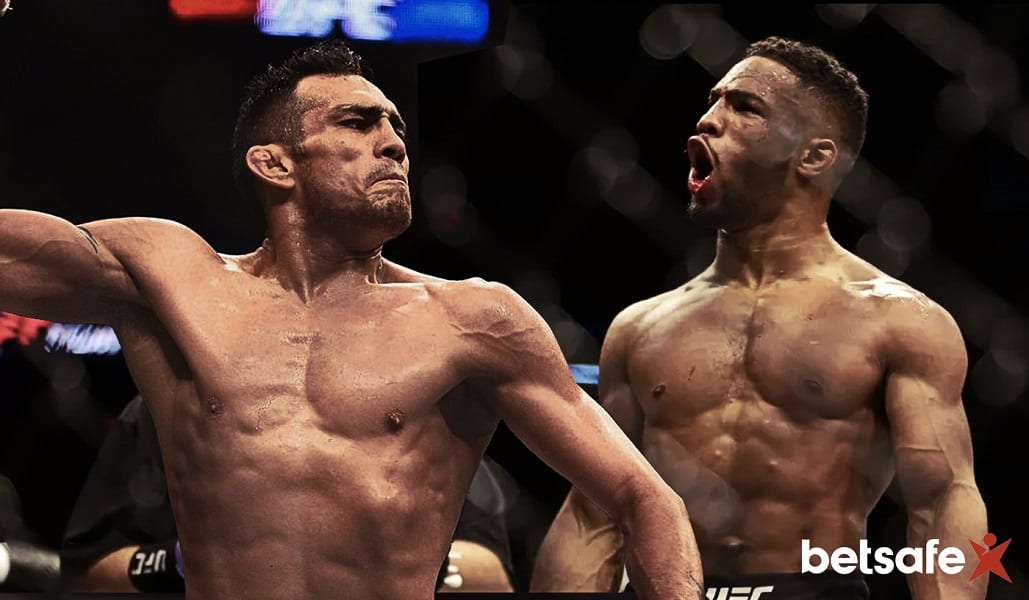 It has taken longer than he anticipated but barring any last minute hitches Tony Ferguson (22-3) will fight for the UFC interim lightweight championship this weekend in the main event of UFC 216 in Las Vegas.

Opposite Ferguson in the role that many has suspected that the undefeated Khabib Nurmagomedov would occupy instead waits Kevin Lee (16-2), a 25-year-old up and coming contender in the 155-pound fold with championship credentials of his own on his mind. The winner will be awarded with the 155-pound division’s interim championship and set firmly on a collision course with divisional champion Conor McGregor.

Owner of one of the most impressive winning streaks in the UFC, Tony Ferguson will walk to the cage in the T-Mobile Arena looking for this tenth straight win in the UFCs’s lightweight division. It is more than five years since Ferguson last tasted defeat (a decision loss to Michael Johnson which remains his only UFC defeat thus far) and throughout the nine fights which followed, ‘El Cucuy’ has showcased a diverse range of skills which are mostly predicated on his extremely sharp grappling game.

Ferguson trains under the tutelage of Brazilian Jiu Jitsu pioneer Eddie Bravo at 10th Planet. Bravo, who has trained a who’s who of mixed martial arts fighters over the years, has gone on record as saying that Ferguson is one of his best ever students and his fighter’s displays in the cage appear to underline this. Ferguson’s grappling game is as slick as it comes. He is not just content to play the standard guard game, either. He will jump on a submission from a standing position (notably his world class application of the D’Arce Choke). In fact, three of the wins on his current run — including two of his last three victories — were all finished by D’Arce.

Kevin Lee, meanwhile, provides an interesting foil to Ferguson. The supremely confident 25-year-old has won five straight and has an imposing ground game of his own, winning his last three by rear naked choke submission. While Ferguson is the flashier grappler, Lee employs a much more standard wrestling-oriented, yet extremely dominating, strategy.

The opportunity to win an interim title while being the 7th ranked fighter in the division will motivate Lee more than any fight has so far in his career and it will be a test of the Detroit native’s metal to see how he reacts to such a high profile contest.

Kevin Lee will prove a stern test and it won’t be anything near a shock if he is able to pull out the win but we see Ferguson’s submission game, as well as his unorthodox arsenal of standing strikes, as proving too difficult a puzzle for Lee to solve. Kevin Lee will find himself in the upper reaches of the lightweight division for a long time but it’s hard to escape the notion that Ferguson’s path to the interim title in pre-ordained.

The pick is Tony Ferguson by fourth round submission.