A lightweight clash between Evan Dunham and Beneil Dariush is one of the featured bouts of this weekend’s UFC 216 card. 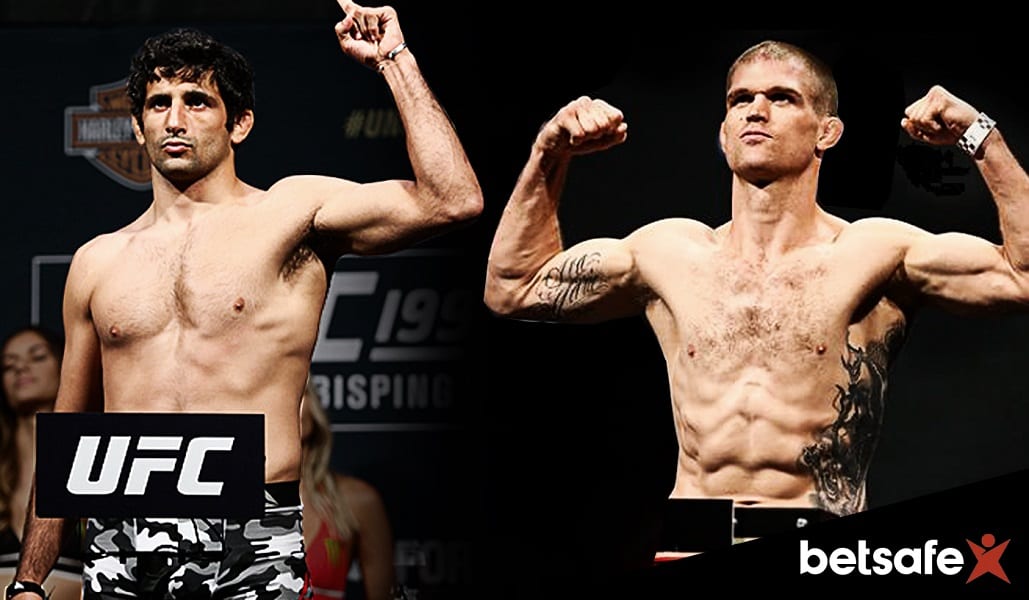 A potential place in top ten rankings of the UFC lightweight division awaits the winner of this weekend’s clash between Evan Dunham and Beneil Dariush at UFC 216 from Las Vegas.

Once considered to be one of the brightest prospects at 155-pounds, Evan Dunham’s promising UFC career stalled somewhat after an impressive start. The Oregon native opened his UFC account in 2009 and over the next year and change, he amassed four wins on the bounce before a close split decision loss to former 155-pound champion Sean Sherk. It was a bout that many thought Dunham had done enough to win but while he didn’t get his hand raised in the end, his performance suggested that he would be handful for anyone in the division.

Dunham’s fortunes changed in the wake of the Sherk bout. He lost his next bout after becoming overly acquainted with Melvin Guillard’s knees and would post just three victories over the course of eight fights and it seemed as though Dunham would be another afterthought in the long list of talented fighters who failed to make it to the top. Four fights and four wins later, that sentiment has very much changed.

Dunham has won four straight at 155-pounds, two of which were decisions against veterans Joe Lauzon and Ross Pearson, and will look for his fifth in succession this weekend against Beneil Dariush.

Dariush, meanwhile, is a fighter who has gone through a five-fight winning streak of his own, winning against the likes of Michael Johnson and Jim Miller on the run, who is looking to re-establish his own credentials at 155-pounds after coming up short against Edson Barboza last March. Dariush’s near four-year run in the UFC has yielded just three defeats with the two most recent, against Barboza and Michael Chiesa, coming against two of the division’s best fighters.

Beneil Dariush is listed at 19/10 at time of writing, while you can get odds of 2/5 on a win for Evan Dunham.

Evan Dunham has proved to be a tough to beat fighter in recent times, though he has struggled to win by anything other than decision in his last four bouts. He is adept at setting a pace that he is comfortable with and putting his opponent on the back foot, forcing them to be reactive rather than proactive and if he is able to coerce Dariush into a similar situation he could pick up another decision victory.

Of the two, Dariush is the better finisher. He has finished by strikes and by submission in recent fights but has also showed his frailties in the Octagon, losing to Barboza by stunning flying knee and to Chiesa by a rear naked choke. Dariush will have to fight a composed gameplan to come out on top but will likely be playing catch-up as the fight reaches the third round which will force him to chase Dunham — a situation that he specialises in.

The pick is Evan Dunham by unanimous decision.