Tony Ferguson has shared some brief thoughts on social media. 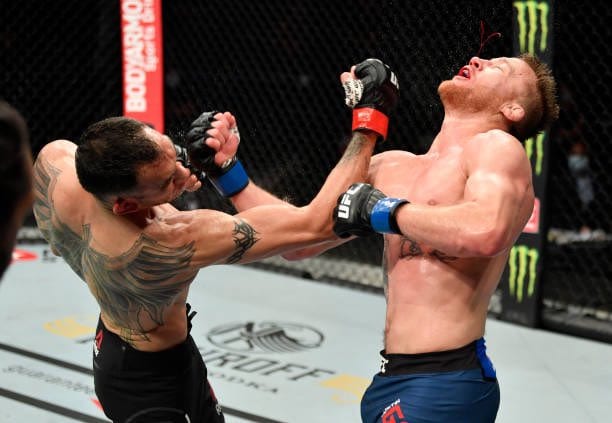 The referee stepped in and brought an end to the fight after Ferguson was clearly badly hurt in the fifth round, which earned Gaethje the UFC interim lightweight title.

Ferguson, who had been on one of the sport’s most unbelievable winning streaks, suffered a broken orbital bone in the contest, and will now likely face a prolonged period of time on the sidelines.

Today, however, Ferguson took to his social media to offer kind words to Gaethje.

“Brought sports back [with] class,” Ferguson wrote. “Win or lose always act like a champion. Just wasn’t my night. Congrats Justin Gaethje on a good fight.”

While it was a devastating loss for Ferguson, Gaethje will now go on to face Khabib Nurmagomedov later this year to unify the 155-pound titles.