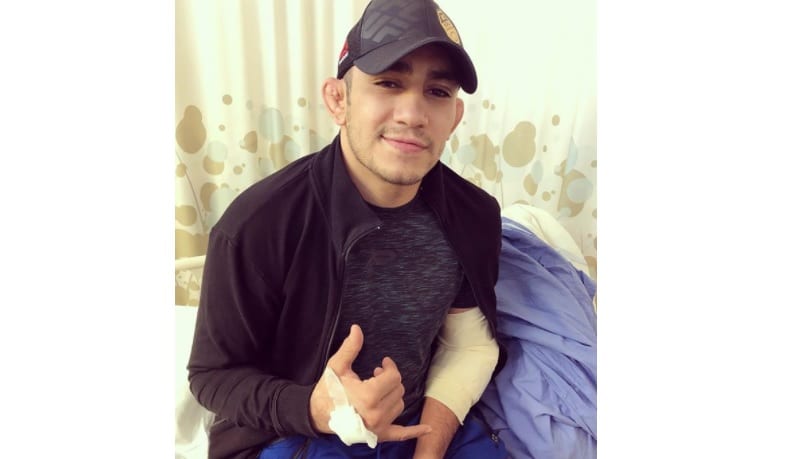 Tony Ferguson, the UFC’s interim lightweight champion, has undergone surgery on his elbow as per a photograph posted by his wife to Instagram.

Ferguson or the UFC have yet to comment publicly on the surgery, the nature of the injury or the amount of recovery time he will need before he is able to compete once again.

The lightweight fighter, who is on a 10-fight winning streak, had been widely expected to face Conor McGregor next year to determine the undisputed 155-pound champion. He won the interim version of the title with a third round submission of Kevin Lee at UFC 216 in October.

Depending on the severity of the injury, the UFC 219 bout between top lightweight contenders Edson Barboza and Khabib Nurmagomedov set for December 30th  could have added importance with the winner ideally placed to fill in for Ferguson should his injury preclude him from a bout with McGregor in the new year.

Writing on Instagram Ferguson’s wife Cristina commented that her husband was “in good spirits despite elbow surgery” and that she was “praying for a speedy recovery”.