Tom Duquesnoy formally announces he has signed with the UFC

Tom ‘FireKid’ Duquesnoy, one of the brightest prospects in all of MMA, has… 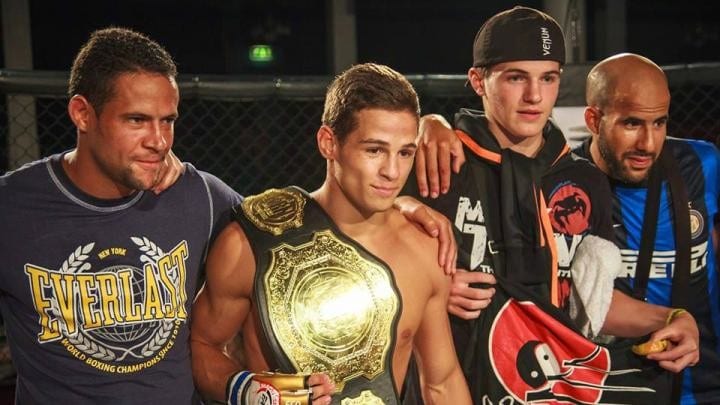 Tom ‘FireKid’ Duquesnoy, one of the brightest prospects in all of MMA, has inked a deal with the Ultimate Fighting Championship.

News of the BAMMA featherweight and bantamweight champion’s move to the UFC first leaked out last week when reports from the fighter’s native country France suggested a deal was close. Duquesnoy confirmed the signing on his Facebook page but didn’t yet confirm any details of his debut, despite being linked with an April 15th UFC debut in last week’s reports.

Duquesnoy (23) has compiled a 14-1 (1 NC) record throughout his mixed martial arts career thus far. He last competed at BAMMA 27 in Dublin where he submitted Alan Philpott with a second round rear naked choke to defend his bantamweight crown.

The Frenchman, who trains at the world famous Jackson-Wink gym in Albuquerque, New Mexico, has previously turned down at least two overtures from the UFC as to his services, preferring instead to continue his development in Europe’s top fight promotions.

This time around the timing seems to be better for Duquesnoy and, although he is a two-weight champion with BAMMA, it is likely he will step directly into the UFC’s bantamweight division.

Brandon Gibson, a coach at the Jackson-Wink gym in Albuquerque, commented on Duquesnoy’s signing to the UFC, saying: “I’m very excited that @TomFireKid has signed with the UFC! One of the most exciting martial artists that I have ever trained”.

We will bring you details as to Duquesnoy’s UFC debut as soon as we get them.