Tom Aspinall would ‘play’ with Jon Jones, says Darren Till

Darren Till is predicting big things for Tom Aspinall 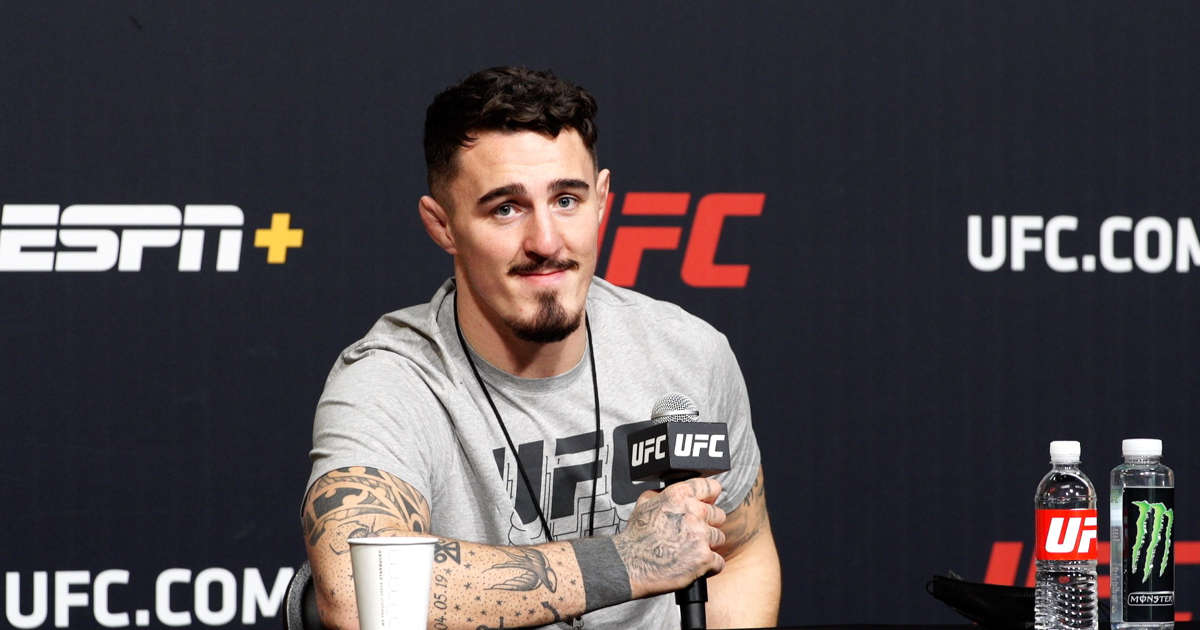 Tom Aspinall isn’t just a rising star in the UFC’s heavyweight frame, he represents the very best that the division has to offer says Darren Till.

England’s Aspinall underscored his growing reputation with a comprehensive first-round submission win against Alexander Volkov in last weekend’s UFC London main event, a performance which signposted that the 28-year-old is ready to test himself at the top of the division. It remains to be seen exactly what Aspinall’s next test might be but the recent news that Francis Ngannou faces around a year on the sidelines after having surgery to repair two knee complaints could present Aspinall with an opportunity.

Speaking following last weekend’s event, UFC president Dana White strongly hinted that an interim title would soon be created in Ngannou’s absence, and few fighters in the division have quite as much momentum right now as Aspinall.

Stipe Miocic would also obviously be a candidate, as would Ciyrl Gane, Tai Tuivasa and perhaps one or two others. The primary name being bandied about, however, is that of Jon Jones, the former light heavyweight champion who has now spent two years readying himself for a heavyweight debut.

And if it does end up being Jones vs. Aspinall for heavyweight gold Darren Till, Aspinall’s longtime training partner, says he knows how it would likely go down.

“He just texted me and told me to stop calling out [Ciryl] Gane for him,” Till said to The Schmo and Henry Cejudo, per MMA Fighting. “He wants to fight Tai [Tuivasa] then Gane. So I think he knows his road. I think he’s gonna be the next champion at heavyweight.”

But if that next man up is the former light heavyweight champ?

“I think he would play with Jones, I really do.”

Over to you, Sean Shelby and Mick Maynard.