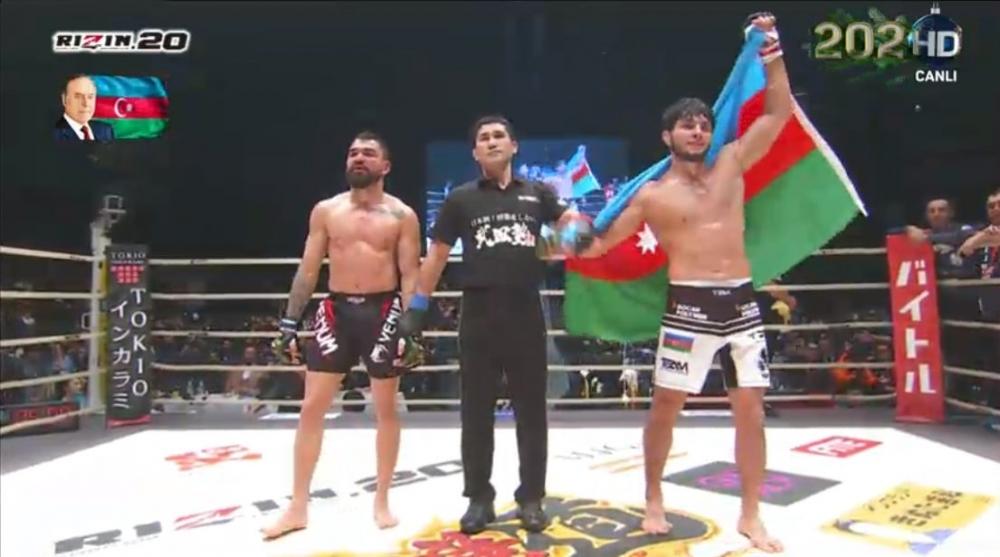 Azerbaijani fighter Tofiq Musaev claimed the RIZIN lightweight title with two wins in one night at the culmination of the promotion’s lightweight title tournament at the Saitama Super Arena in Japan early on Tuesday.

The 30-year-old fighter earned a unanimous decision win against Patricky Pitbull in the final after winning his semi-final bout against former UFC fighter Johnny Case inside the first round earlier in the night to improve his professional record to an impressive 18-3 and takes a recognised world title with him on his trip back to Baku.

Bellator fighter Patricky ‘Pitbull’ Freire, one half of the promotion’s ‘Pitbull Brothers’, earned his spot in the final by virtue of a first round soccer kick KO of Luiz Gustavo dos Santos but despite the short running time of his semi-final fight, the Brazilian appeared laboured in his fight later in the evening with Musaev, who employed a ferocious pace throughout the fight.

After a gruelling war with Patricky Pitbull (@PatrickyPitbull), Tofiq Musaev (@tofiq_mma) got his hands on the RIZIN lightweight GP title.

Musaev sent Pitbull to the canvas on two occasions, once in the first and once in the third, and the Brazilian appeared to have trouble with his shoulder following a second round takedown which saw him almost leave the ring.

Speaking after the belt was awarded to him, Musaev dedicated the victory to the people in his home country.

“Today is a very special day, it is the president’s birthday. To the Japanese fans, thank you for everything,” he said to the Japanese crowd.

The win makes it 14 in a row from the Azerbaijani and underscores his status as one of the top lightweight fighters outside of the recognised North American promotions.