‘This Saturday we shine!’: Conor McGregor posts image as training camps winds down ahead of UFC 264 main event

Time to go to work! 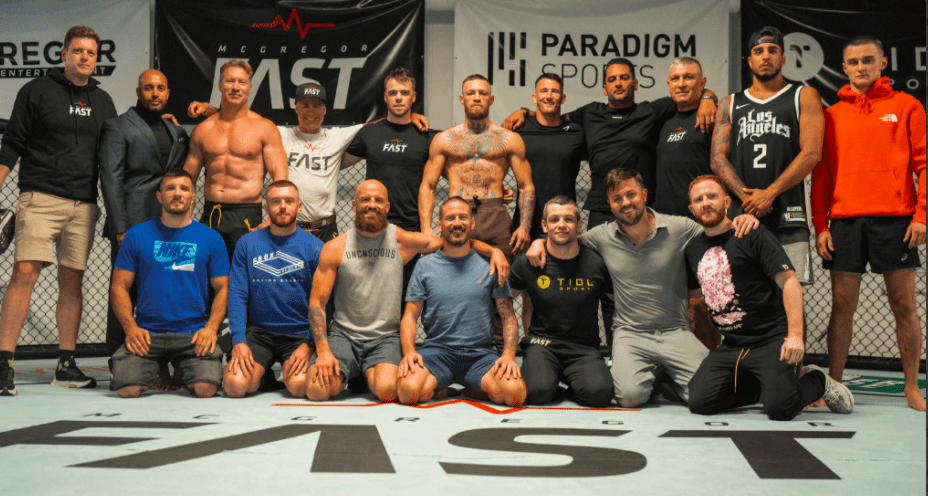 All that’s left now is to go and do it.

With countless hours on the mat, dozens of miles on the concrete and endless strategy discussions with coaches and training partners in the books, Conor McGregor is ready for revenge this Saturday night in Las Vegas.

With the trilogy fight with Dustin Poirier now just days away, the hard preparations have been done and all that remains is to oversee the final stages of a weight cut, a few media obligations, a weigh-in and then it’s time to throw down.

And judging by an image posted to social media by McGregor, he and his team are more than ready to go.

Thank you Team! For all your dedicated work!
This Saturday we shine! pic.twitter.com/HPWrhjSfkV

“Thank you Team! For all your dedicated work! This Saturday we shine!” he wrote along with the picture which shows the extensive group of people who have helped McGregor in his preparations.