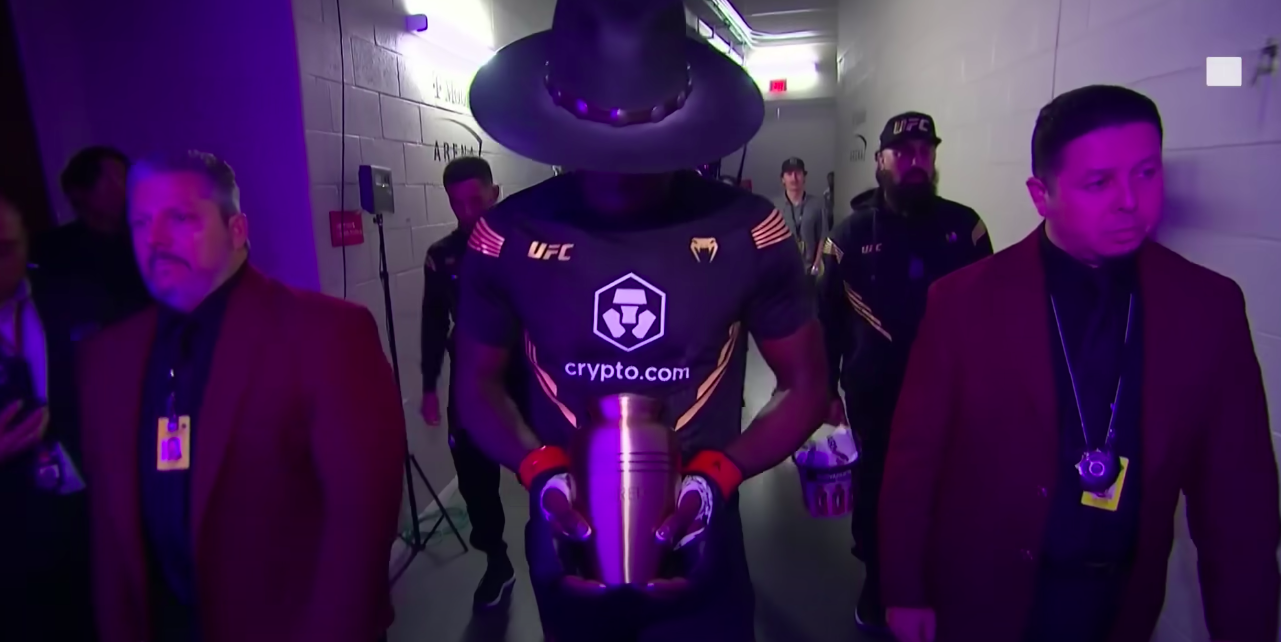 UFC middleweight champion Israel Adesanya has long had a penchant for the dramatic when it comes to his walks to the cage.

His walkout at UFC 243 in Australia before his fight with Robert Whittaker where he won the undisputed 185-pounds title was a memorable one, complete with a choreographed dance routine and cartwheels but The Last Stylebender’ may well have one-upped himself at UFC 276 over the weekend.

Anyone who has watched professional wrestling in the past 20 or so years will be more than accustomed to hearing the distinctive gong which played — a sound which has accompanied wrestling legend The Undertaker to the ring since the early 1990s — and it got another rendition inside the T-Mobile Arena on Saturday night, complete with Adesnaya wearing The Undertaker’s trademark had and urn.

I asked @undertaker what he thought of @stylebender’s walkout:

“I thought it was great! He’s not only a great fighter, he’s an awesome entertainer as well! Tyson Fury gets knocked down & sits up like the UT and Adesanya uses my walkout! Pretty damn cool!”pic.twitter.com/a0tGCZ0DyK

And per Ariel Helwani, who has interviewed the pro wrestling icon on several occasions, The Undertaker was more than happy with what he saw on his television screen.

“I thought it was great!” The Undertaker said, via Helwani.  “He’s not only a great fighter, he’s an awesome entertainer as well! Tyson Fury gets knocked down & sits up like the UT and Adesanya uses my walkout! Pretty damn cool!”

One also wonders what several members of the crowd in Las Vegas thought of the entrance too; particularly Vince McMahon and Triple H who were both in attendance for the fight card — but you’d imagine that they appreciated it about as much as The Undertaker apparently did himself.