It’s been a strange year but these fighters certainly stood out from the crowd. 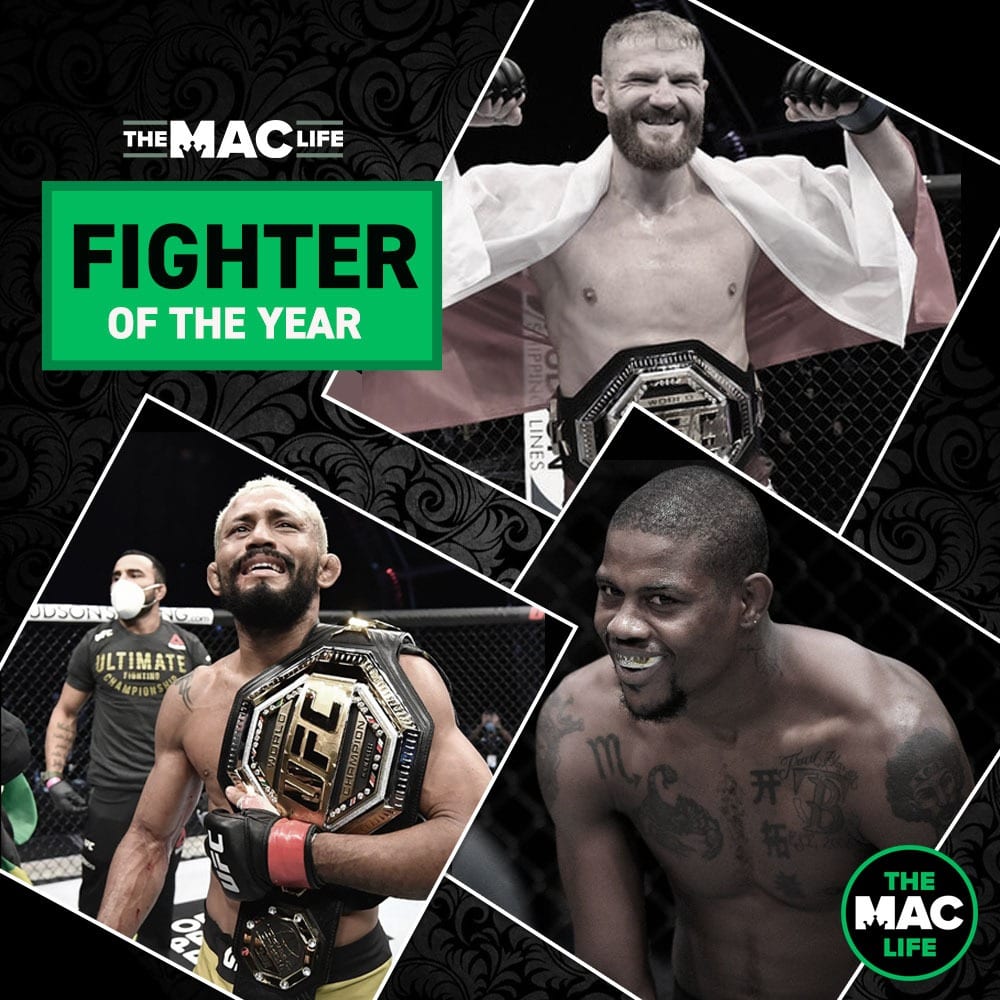 Even in this most unusual of years which saw the sport massively impacted by the onset of the Coronavirus pandemic, more than a few fighters managed to stand out from the crowd.

Save for some cancelations back in March and a wave of fights being scrapped amid the UFC’s stringent Covid-19 testing protocols, the world’s largest mixed martial arts promotion was successful in keeping a relatively busy schedule, given the circumstances.

And a handful of fighters certainly made the most of their opportunities in 2020, and below are three who TheMacLife feels made a solid case for consideration for this year’s standout mixed martial artist.

Of all the fighters credited with making an impact this year, Deiveson Figueiredo might be the only one who saved a division. There was significant whispers that Dana White was considering closing the UFC’s flyweight division following the retirement of Henry Cejudo, a move which would have left the majority of the UFC’s 125-pound fold either leaving the company for pastures new or contemplate a move north to 135-pounds.

Mostly thanks to Figueiredo, that wasn’t to be. He was ushered into a fight early in the year with Joseph Benavidez for the UFC’s vacant flyweight belt and while he won by second round TKO, the fact that he missed weight ahead of the fight meant that he couldn’t be awarded the title. Not so in the rematch, however, as just a few months later he went one better by submitting Benavidez in the first.

The Brazilian made the first defence of his title in November where he eased past Alex Perez, before saying afterwards that he would be available to fight again before the year is out — giving fight fans the instant classic earlier this month against Brandon Moreno. While that fight was scored a draw, the sheer entertainment of it was enough to bolster Figueiredo’s reputation even further and mark him as the standout fighter of 2020.

It’s probably fair to say that this time last year no one, not even us, would have considered Kevin Holland as a contender to be the year’s best fighter — but not many fighters on the UFC roster have had quite the year that he has.

The 28-year-old Californian fought five times in 2020 —  which is an achievement in itself — but also won each of them, the last of which was a career-best KO against perennial middleweight contender Ronaldo ‘Jacare’ Souza. Even more impressive, Holland’s first fight of the year came in May against Alexander Hernandez, meaning that Holland wracked up five wins in just seven months of activity.

And you can expect to see a whole lot more of him next year as the momentum he generated this year has landed him inside the UFC’s top ten rankings at 185-pounds.

Again, probably not a name many would have anticipated seeing on this list 12 months ago but the Polish powerhouse has earned his place on this list by virtue of two TKO finishes this year — the second of which, against Dominick Reyes for the vacant light heavyweight title, earmarked Blachowicz as the first fighter not named Jon or Daniel to hold the UFC’s light heavyweight title in the best part of a decade.

Blachowicz began his year with a first round knockout against Corey Anderson in a fight which sent Anderson out of the UFC in the direction of Bellator, and followed that up by besting Reyes for the vacant championship at the end of September. While they don’t count towards his 2020 tally, last year’s wins against Ronaldo ‘Jacare’ Souza and Luke Rockhold also live long in the memory — with the latter a sign of the crushing power that he possesses in his hands.

His 2021 will see Blachowicz take part in his most high profile fight to date against middleweight champion Israel Adesanya — and if the Pole can continue his excellent recent form, we might just be seeing him back towards the summit of this list next year too.