The UFC’s heavyweight champion looks like he’ll be back in action early next year. 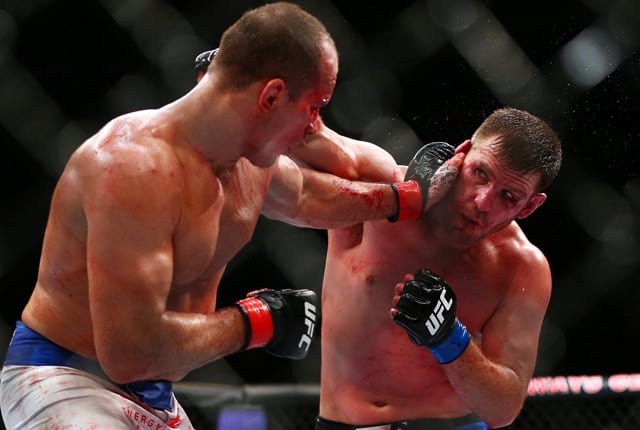 UFC heavyweight Stipe Miocic hasn’t thrown a punch in anger since a May defence of his crown against Junior Dos Santos at UFC 211 but, as per a report from MMAFighting’s Ariel Helwani, the champion is aiming to return in defence of his title in the first quarter of 2018.

Part of the reason for Miocic’s absence from the cage has been the impasse his camp have been experiencing with regard to a new contract for the heavyweight champion. However, Helwani reports that moves have been made to resolve the issue and both he and the UFC remain confident that a deal will be struck for Miocic to return to action in the opening months of next year.

Miocic earned less for his two title defences against Dos Santos and Alistair Overeem than his challengers and had been vocal in his desire to agree improved terms. A win for Miocic in his next title defence would set a new UFC record for consecutive defences in the heavyweight division – three.

Assuming Miocic’s next bout takes place on a numbered pay-per-view event, it is likely that his return could take place at UFC 220 in Boston on January 20th, UFC 221 in Perth, Australia, on February 10th or UFC 222 in the T-Mobile Arena in Las Vegas on March 3rd.

As for who will stand opposite the champion in his next fight, several contender remain within touching distance. Francis Ngannou would likely be considered the favourite if he manages to get past Alistair Overeem in December. This weekend’s bout between Marcin Tybura and Fabricio Werdum will likely also shed some light on the situation.