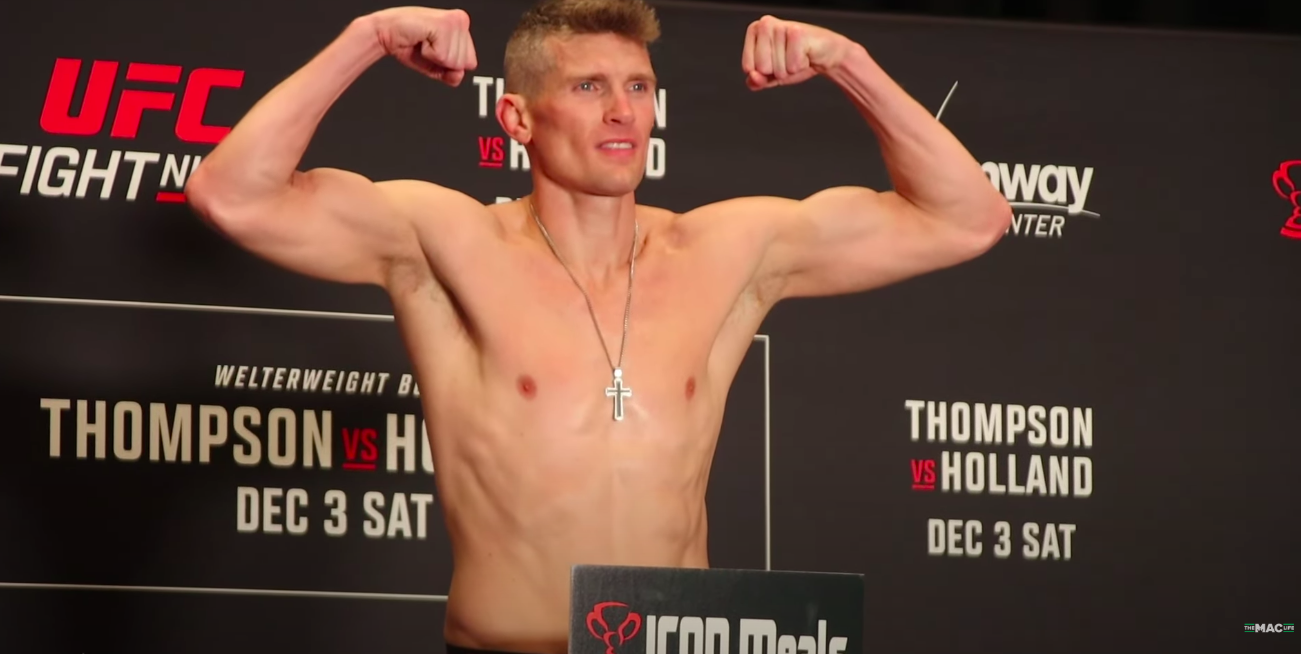 Both men set to take part in the welterweight main event hit their marks on the scales, with Stephen ‘Wonderboy’ Thompson hitting championship weight of 170-pounds while his opponent, Kevin Holland, took up a half-pound of the non-title limit to register a weight of 170.5.

The co-main event, another welterweight contest between Bryan Barbarena and Rafael Dos Anjos also saw both fighters make weight, while perhaps the fight that promises the most fireworks, a heavyweight showdown between Tai Tuivasa and Sergei Pavlovich, also suffered no late drama.

*Rowe and Hermansson have not yet made weight at the time of writing.