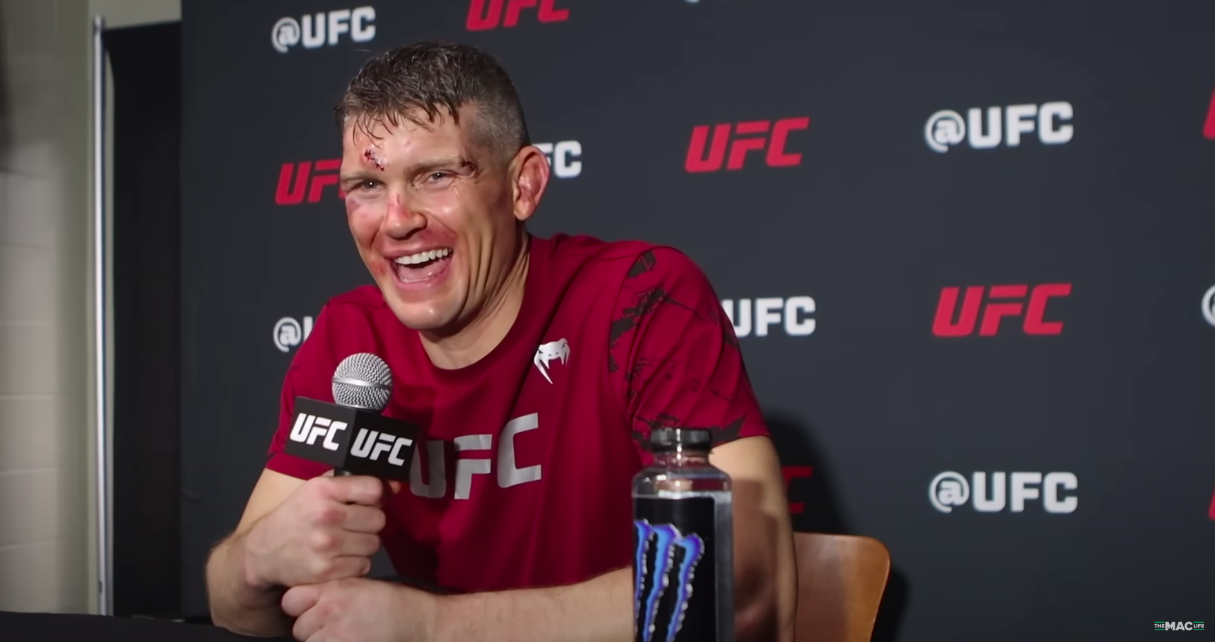 Sure, this is mixed martial arts — but sometimes both fans and fighters alike just want to see a stand-up war.

This is exactly what we got on Saturday night when Stephen ‘Wonderboy’ Thompson triumphed over Kevin Holland in what was one of the most eye-catching bouts of the year to top the UFC’s latest card in Orlando, Florida — and save for one takedown attempt by Holland towards the end of the fight when he had a damaged hand, the bout was almost entirely contested on the feet.

And speaking to the media, including TheMacLife, afterwards, Thompson said that both men had a verbal agreement to abandon any plans they might have had for grappling.

Thompson also explained that fighting Holland is a unique experience. His style is a fun one, he said, but also the back-and-forth conversations in the cage are something of a rarity in top level mixed martial arts.

“We wouldn’t have put on a good show if it wasn’t for him as well. I appreciate Kevin.”