Are we one step closer to seeing Conor McGregor vs. Donald Cerrone? 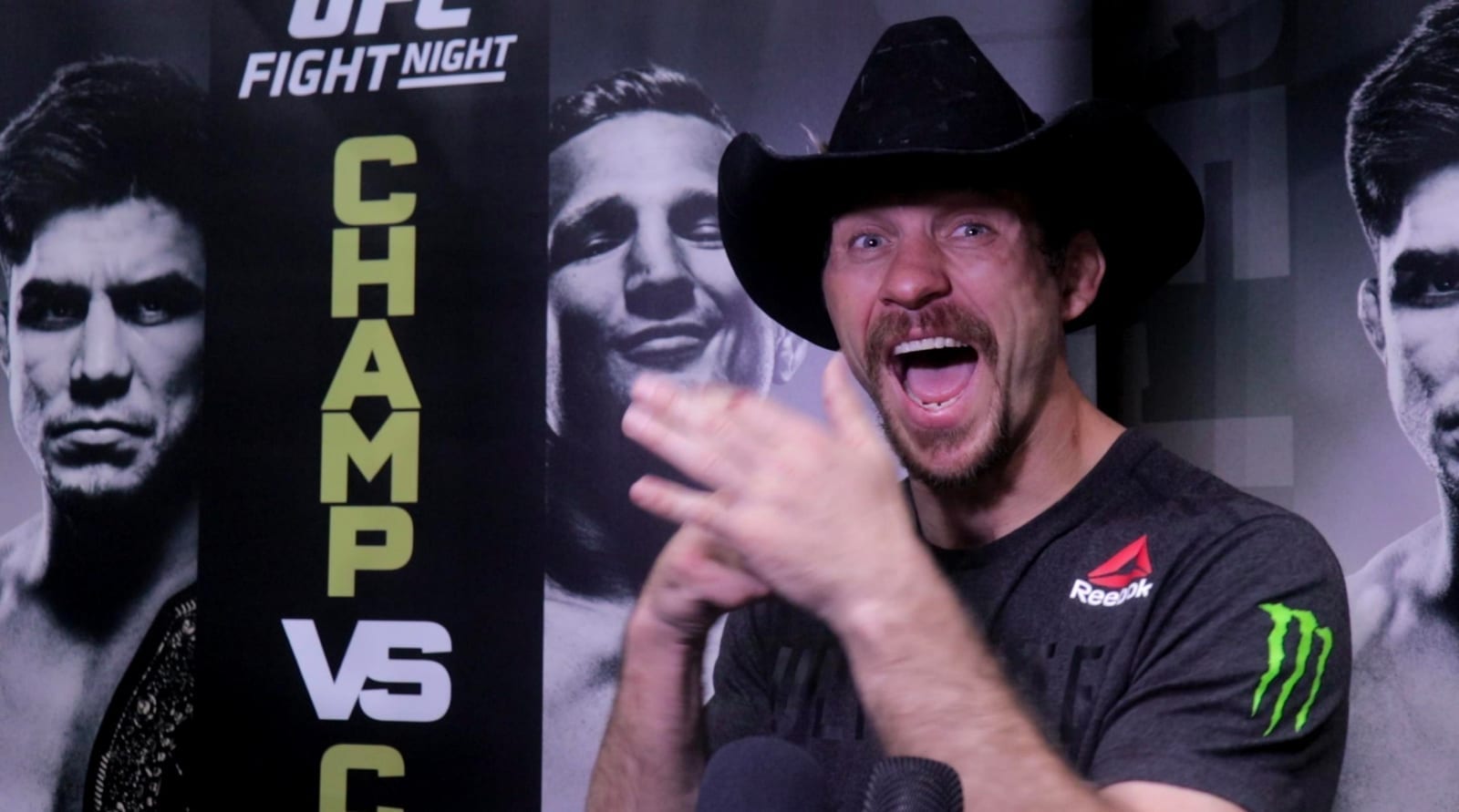 Donald ‘Cowboy’ Cerrone is well-known for his appreciation of a particular brand of American beer but may well move on to something a little bit harder if speculation rings true and he is booked to face Conor McGregor later this year.

Cerrone’s impressive victory against Alex Hernandez in Brooklyn, New York, in his return to 155-pounds drew praise from a lot of people — Conor McGregor among them.

The Irishman tweeted his approval of Cerrone’s performance moments after ‘Cowboy’ had his hand raised writing, “For a fight like that Donald, I’ll fight you. Congratulations.”

Speaking to reporters following his win against Hernandez, Cerrone even said that he would be willing to travel to Ireland to face McGregor in what would be the Irishman’s first bout on home soil since a July 2014 win against Diego Brandao in Dublin — and it appears as though the wheels might be rolling on doing that all over again.

UFC President Dana White appeared open to making the fight happen when asked about it last weekend in Brooklyn, saying: “Yeah, I mean anything is possible,’ White said at Saturday’s post-fight press conference. ‘If those guys want that and the fans want to see it, that’s what I do.”