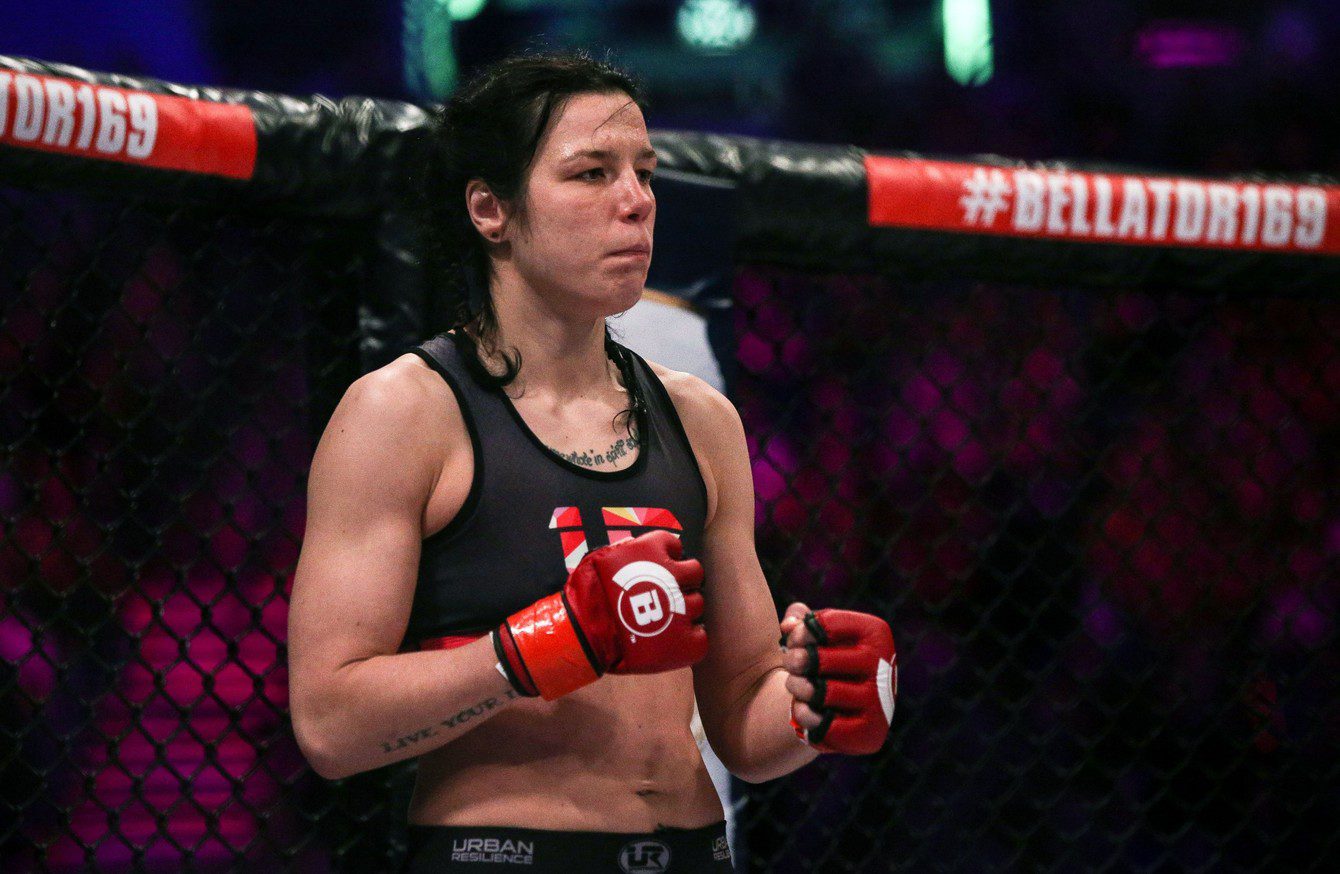 Anyone familiar with Sinead Kavanagh will know that she’s been calling for a fight with all-time great Cris Cyborg for quite some time now. On Friday, she gets her wish.

The Irishwoman, a former amateur boxer who competed on the same Irish team as pound-for-pound great Katie Taylor, will attempt to seize the Bellator featherweight title from Brazil’s Cyborg, a fighter heralded as among the finest female mixed martial arts fighters in history — but as the SBG Ireland fighter told the Mirror, this is an opportunity she has been craving but it might not have come about without a little helping hand from training partner Conor McGregor along the way.

“He’s on one side, and that’s my side,” Kavanagh said of McGregor. “I’m Irish, I’m his friend and he’s got my back 100 per cent, I know he does, he’s been voice messaging me saying he has my back.

“He’s a lovely person and I love him, he’s a good man. He sponsored me years ago, he gave me 10 grand a couple of years ago to help me out when I was starting off, he’s a good soul and I’m forever grateful for what he’s done.”

Kavanagh knows what awaits her in the ring in Hollywood, Florida in the Bellator 271 main event on Friday night. Cris Cyborg has been victorious 24 times in the cage, with 19 of those coming by knockout and has only been defeated by one fighter, Amanda Nunes, in the past 16 years.

“There’s no pressure because this is where I’ve always wanted to be,” she explained. “I’ve worked my whole life for this moment. I’m just going to go in there and enjoy this, this is what I worked for. If this was just a boxing match I would take her out, I’ve more of a skillset than her in the stand-up with my hands.

“I don’t think she wants to be there,” Kavanagh insisted. “She’s going to try and take me down straight away, I’d think. She has me blocked on everything for no reason, but her gym tagged me in this video of her doing a suplex and I thought ‘what a moron’!

“That’s what she does, she tries to intimidate her opponents and it works, usually, but it ain’t working on me.”