Rose Namajunas says that Esparza ticks all the boxes for her next title defence. 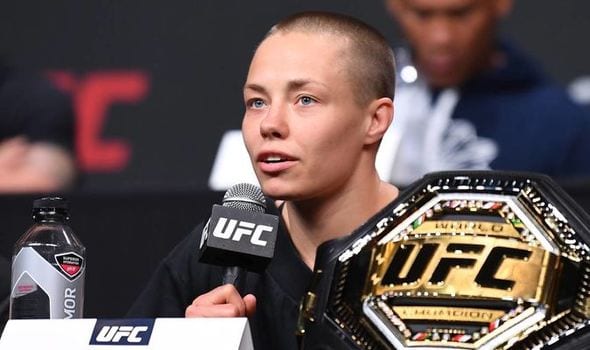 The trio of Zhang Weili, Jessica Andrade and Joanna Jedrzejczyk have all attempted to conquer the UFC’s women’s strawweight championship, and only Andrade has emerged with a win — only to lose the subsequent rematch. But with Namajunas’ career having been dominated by those three women dating back to 2017, the champ says that she wants a new foil at 115-pounds and sees the first women to beat her in the UFC, Carla Esparza, as the ideal target.

Esparza, herself a former champion in the division, has been in imperious form lately and has wracked off five successive wins in the Octagon against the likes of Michele Waterson and Marina Rodriguez — and this is enough for Namajunas to declare her as being the next woman up.

“I don’t see anything else [that] makes sense,” she said on The MMA Hour, via MMA Fighting.

“I think she’s going to give it all she’s got. Before I said Weili is for sure the most dangerous threat right now, just because of the tools that she possessed. Now, after that, Carla’s for sure going to be the most dangerous opponent right this second because of where she’s at, her last performance and all this stuff, and she’s going to be very motivated to try — she’s fought for a long time.

“I’m just glad now that everything’s fine and I can compete,” she added. “I’m just going to have to check everything up and make sure everything’s 100% before I jump on the train of, ‘let’s go.’”