Watch: ‘I look forward to the crying and the begging’ — Dana White doubles down on UFC piracy warning
Press enter to begin your search
MMA

Watch: ‘I look forward to the crying and the begging’ — Dana White doubles down on UFC piracy warning

Dana White has a few words of warning for anyone thinking of illegally streaming a UFC event this year. 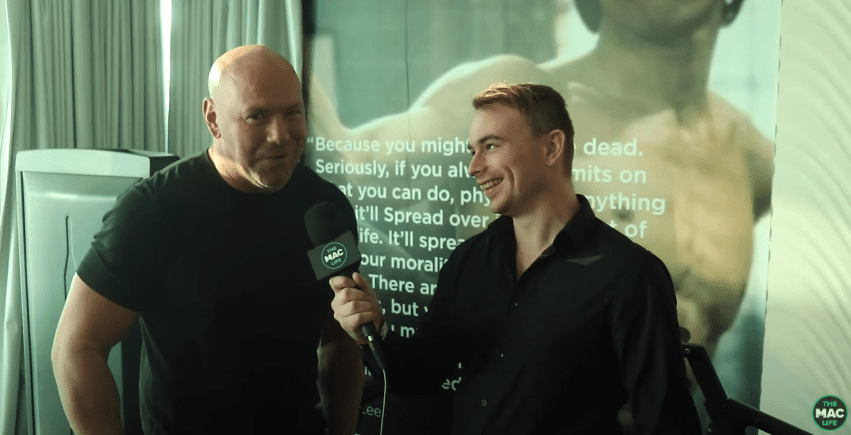 UFC boss Dana White has long stood in opposition to the concept of online piracy and last week said that he has a few new tricks up his sleeve when it comes to stopping illegal streamers this year.

White stated on social media that he has “got a surprise” for pirates who target his events and while there are several options presumably available to him, these come at a variety of costs — however the most likely new weapon in White’s arsenal is the recently-passed Protecting Lawful Streaming Act, a new law which has made illegal streaming a felony in the United States.

But speaking Wednesday in Abu Dhabi, White didn’t reveal exactly what his hand is — other than to say that he is confident that there will be several harsh punishments handed out.

“We’ve been one of the leagues that has been so proactive on piracy,” White told Oscar Willis of TheMacLife. “I love how cool and tough this guys act on social media because let me tell you what, we’ve caught a lot of people. Let me tell you what they do: they cry. They cry and they beg not to be prosecuted and all this other stuff.

“We just overcame a huge hurdle in the piracy world and we’re going to catch some of these guys in 2021 and I look forward to the crying and the begging. We’ll see how tough they are when they get caught.

“There’s a guy right now who, literally after I said this thing… So if you go through my Instagram and go through all the comments, there’s a guy saying ‘DM me if you want to get the fight this weekend’. He’s stealing people’s information. People that are DM’ing him, he’s stealing their information. He’s taking your money from your bank and he’s charging your credit card. These guys are fucking scumbag criminals.

“They’re never all going to go away. They’re going to be out there, and we’re not trying to get rid of all of them. I just want to catch a few. That’s all I’m looking for. You can’t shut the whole thing down, that piracy industry is going to go on forever. Let me catch a few and watch what happens — and I will, oh it’s coming.”