Dana White says the UFC are working on a fight for Nate Diaz, and it would see the Stoctkon star drop back to 155-pounds. 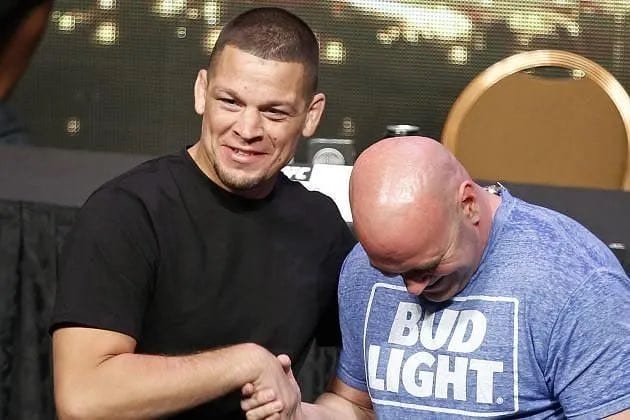 Dana White says the UFC are working on a fight for Nate Diaz that would see the Stockton star return to 155-pounds.

Diaz has been out of the Octagon since UFC 244 where he fought Jorge Masvidal, but remains one of the most popular athletes on the roster. And, while he’s made a name for himself at welterweight lately, according to the UFC president, the promotion would like to see him drop back down to lightweight where he started his career.

“We’re working on a Nate Diaz fight right now, and it’s not Tony [Ferguson],” White said. “But if we get it done, I think you’re going to like it. [At] lightweight … Let’s see if we can get this fight done, but it would put him in a really good position if he won the fight and the guy who he could potentially be fighting, I think it’s a great fight for him too.”