Sinead Kavanagh has got the fight she has been pursuing for years. 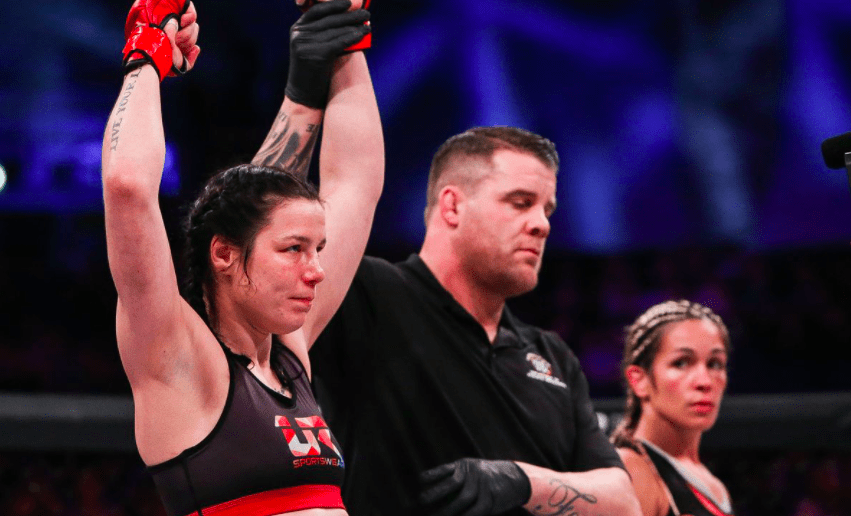 It’s been quite a few hours for Irish MMA.

After it was revealed that Peter Queally will fight Patricky ‘Pitbull’ Freire for the vacant Bellator lightweight title at the promotion’s return to Dublin next month, one of his teammates will also have an opportunity to secure a gold after it was confirmed that Sinead Kavanagh will challenge Cris Cybrog for the Bellator women’s featherweight world title.

News of the fight was confirmed by Bellator chief Scott Coker on Wednesday’s episode of The MMA Hour.

The fight will come at Bellator’s November 12 event in Hollywood, Florida and will be Cybrog’s third defence of the 145-pound title since joining the organisation from the UFC in 2019. During that time she has enjoyed a trio of finishes against Leslie Smith, Arlene Blencowe and Julia Budd.

Kavanagh, meanwhile, has competed eight times in the Bellator cage and comes into the fight on the back of two successive wins against Katherine Lehner and Olga Rubin.

“I’ve been pushing for this fight since I’ve known I can beat her.”

HUGE NEWS tonight as @BellatorMMA confirm that @sineadkavanagh0 will take on @criscyborg on November 12 for the Featherweight title!

We caught up with Sinead just after the announcement was made.#Bellator271 pic.twitter.com/FiBbE5vxuF

“It’s surreal, it’s amazing,” said Kavanagh to Virgin Media Sport after the bout was confirmed. “All my hard work is after paying off. This is what I’ve done for many years to get this chance and show my skills.