Peter Queally will have his opportunity to become a world champion in less than a month’s time. 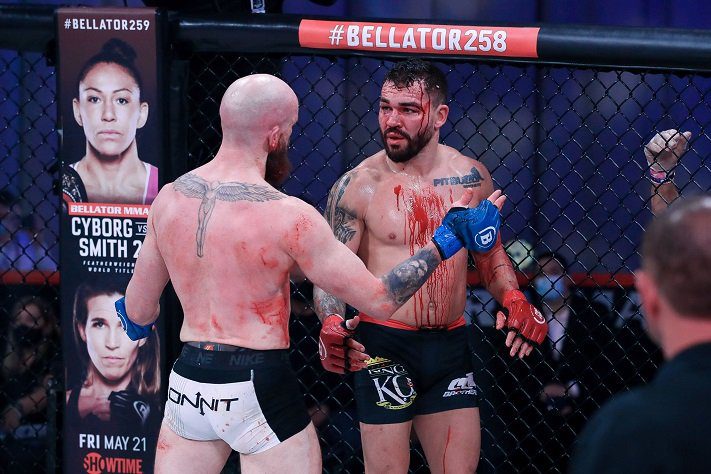 Bellator’s return to the Irish capital will see one of the country’s most-supported fighters challenging for the Bellator 155-pound title.

Peter Queally will take on Patricky ‘Pitbull’ Freire for the gold at the upcoming Dublin event on November 5 after Freire’s brother Patricio opted to vacate the lightweight world title — with the Queally vs. Patricky Freire fight drafted in to the main event slot at next mont’s event to determine the new titleholder.

News of the fight being made a world title bout was confirmed by Bellator chief Scott Coker on Wednesday’s edition of The MMA Hour.

The decision to drop the title, according to Freire, comes after he was defeated for the Bellator’s featherweight strap by A.J. McKee in the finals of the organisation’s featherweight grand prix.

“If I lost [the title] at 145 pounds, I can’t be the champion at 155,” Pitbull said on the show. “The other side, I have my brother as No. 1 contender. If he keeps winning, he’s gonna fight for the belt and I’m not gonna fight my brother.”

Hahahhaha Jesus Christ can you actually imagine the atmosphere at this thing now!!
LFG!
WORLD CHAMPION!

My man @peterqueally has giving his whole world up just for this moment! I can’t wait to see him walk out and bring that belt home. No one has worked for this opportunity as much and no one deserves it more. 💚🇮🇪 https://t.co/GYkoVzN66s

The fight will comes just months after Queally secured a win against Patricky after the Brazilian was deemed medically unable to continue after the Irishman opened up a series of cuts on his forehead after a series of scything elbow shots. His previous fight saw him also secure a stoppage in a highly-entertaining fight against England’s Ryan Scope.