An All-Ireland title eliminator has been announced for BAMMA 30. 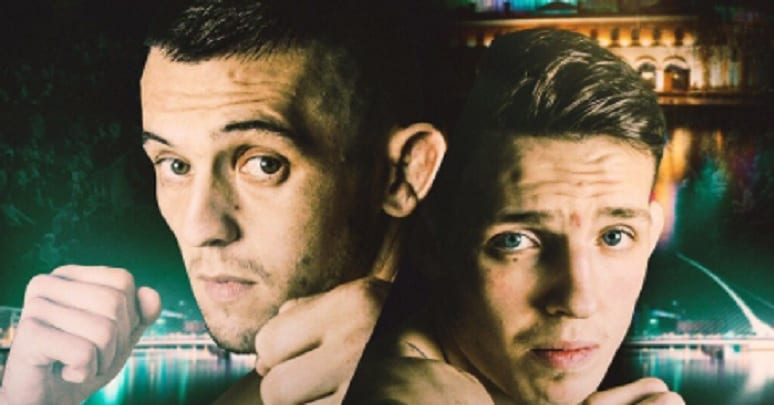 An intriguing match-up between two of Ireland’s most promising MMA prospects has been made for BAMMA 30 in Dublin’s 3 Arena on July 7th.

Richie Smullen (3-0) will take on Rhys McKee (5-1) in a match that had been rumoured for some months and has now been made official. The winner of the bout in July will challenge Tim Barnett for the BAMMA Lonsdale lightweight title.

SBG fighter Smullen is considered by his coach John Kavanagh as being one of the top up n’ comers to emerge from the SBG conveyor belt in some time. All three of his career fights have been finished by either TKO or submission, including handing ‘The Carlow Kid’ Andrew Murphy his first pro loss in Smullen’s BAMMA debut with a heel hook submission 75 seconds into the bout back at BAMMA 26.

Smullen was last in action in February, scoring a TKO finish of John Saville at Shinobi 10.

McKee, on the other hand, will be hoping to get another shot at Barnett — the fight who relieved him of the title he held when they met in February of this year. The Next Generation N.I fighter must first overcome the significant challenge of Richie Smullen before that happens.

BAMMA 30 will also feature a headline bout between Shay Walsh and Alan Philpott, while Paul Redmond takes on Rob Sinclair.