‘SBG definitely want me to get that punch back, which I definitely will’: Hakeem Dawodu has revenge on his mind against Zubaira Tukhugov
Press enter to begin your search
MMA

‘SBG definitely want me to get that punch back, which I definitely will’: Hakeem Dawodu has revenge on his mind against Zubaira Tukhugov

Dawodu says that he will do SBG Ireland proud this weekend on ‘Fight Island’. 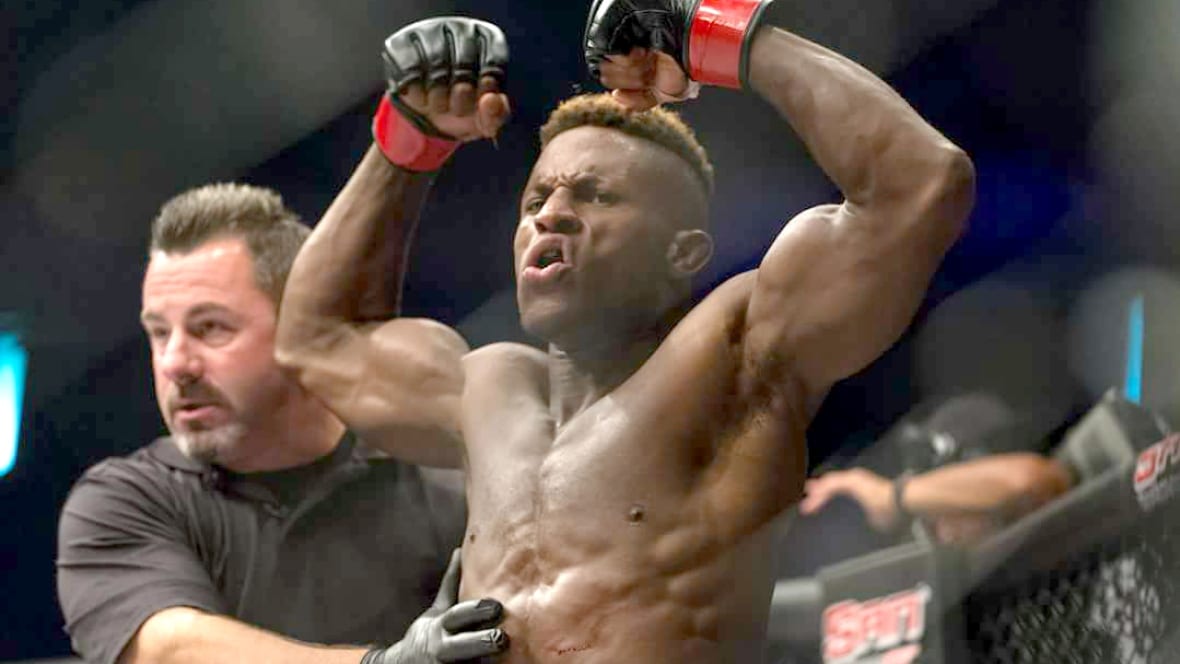 Canadian featherweight Hakeem Dawodu says he intends to pay back the warm welcome he received on the mats at SBG Ireland by getting one back against Zubaira Tukhugov on ‘Fight Island’ this Saturday night.

The 11-1-1 Dawodu spent time training in Dublin prior to his UFC debut two years ago where he forged a connection with several of the SBG team. He has found himself paired with Russian fighter Zubaira Tukhugov this weekend, a fighter who was among those he incited the post-fight melee immediately after the Conor McGregor vs. Khabib Nurmagomedov match in 2018.

Artem Lobov is one SBG stalwart who has sworn to get his revenge against Tukhugov, aggressively calling for a bout with him over the past two years but before ‘The Russian Hammer’ gets his chance, it is Dawodu who will cross paths with Tukhugov this weekend — and he says he will “get one back” for SBG.

“Yeah, it’s definitely a good opportunity. He’s got a big name. Everybody knows him. He’s the dude that punched Conor,” Dawodu said to the media, including The Mac Life, in Abu Dhabi.