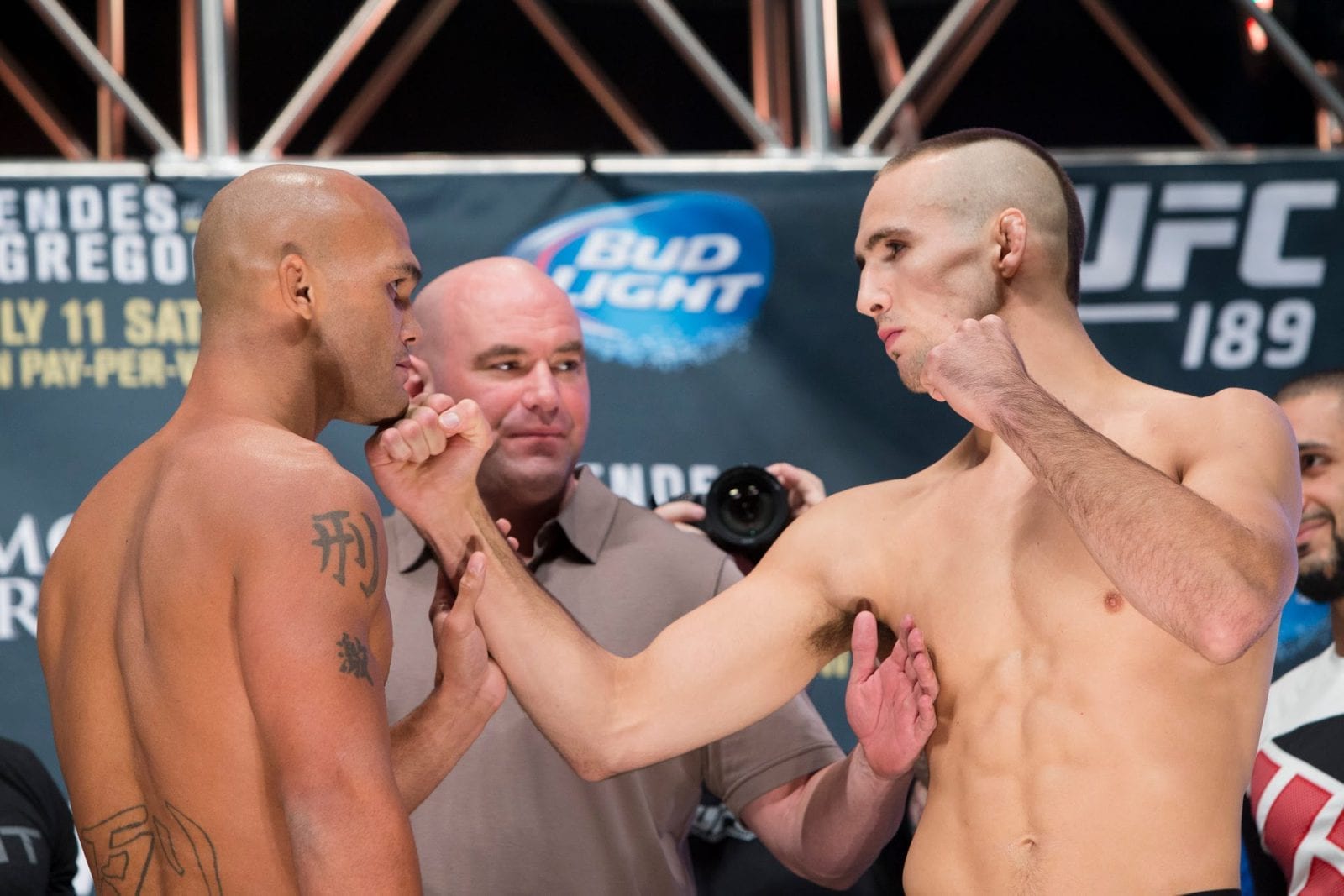 Rory MacDonald vs. Robbie Lawler at UFC 189 will go down in mixed martial arts history as one of the best and bloodiest battles of all time.

After the two beat each other into a pulp, MacDonald hit the canvas in the fifth with his nose shattered, simply unable to withstand anymore punishment. The fight received fight of the year honours, and gave fans a new level of respect for both men.

According to MacDonald, however, there should be an asterisk on that contest.

Speaking in an ‘Ask Me Anything’ on Reddit, MacDonald was asked questions on a variety of topics (which he naturally answered all in capital letters), including performance enhancing drugs in mixed martial arts. When asked if he felt Lawler was using any banned substances in their fight at UFC 189, MacDonald simply responded “I’m convinced he was.”

While MacDonald didn’t go into any more detail on his suspicions, he did add that he considered Jon Jones, who recently failed a steroid test, as “Shameful. Like every other guy that does this crap and hides it, yet gloats during victory.”

While Lawler hasn’t responded to any of the criticisms at this time of writing, it’s not the first time MacDonald has made reference to Lawler’s potential for having cheated. Last year, on The MMA Hour, MacDonald claimed he’d seen “very suspicious test results”.

“Some test results came out four times higher than the limit for my fight with him,” MacDonald said at the time. “It could be bullshit. That’s why we have to look into it. I don’t want to start pointing fingers or anything. Look at that team’s history. It makes me very suspicious but I can’t go out and start saying for sure without making my research that all this is true.”

(For a full in-depth examination of those test results, Iain Kidd of BloodyElbow.com’s review is well worth reading).

Regardless of his suspicions, however, the Lawler is now in MacDonald’s rear view mirror — despite fans feeling the Canadian has never looked the same since that fight. Now in Bellator, MacDonald is more focused on being booked in another contest this year instead of worrying about a contest that took place some time ago.

And to fans that feel MacDonald’s better days are behind him, and the Lawler fight caused irreparable damage, MacDonald isn’t worried.

“I feel better than ever [to be honest],” MacDonald commented. “Not really worried about what people may believe, I can only trust how I’m genuinely feeling. I forsee(sic) many more years competing at the top ranks of the sport.”