There is a fight with middleweight title implications scheduled. 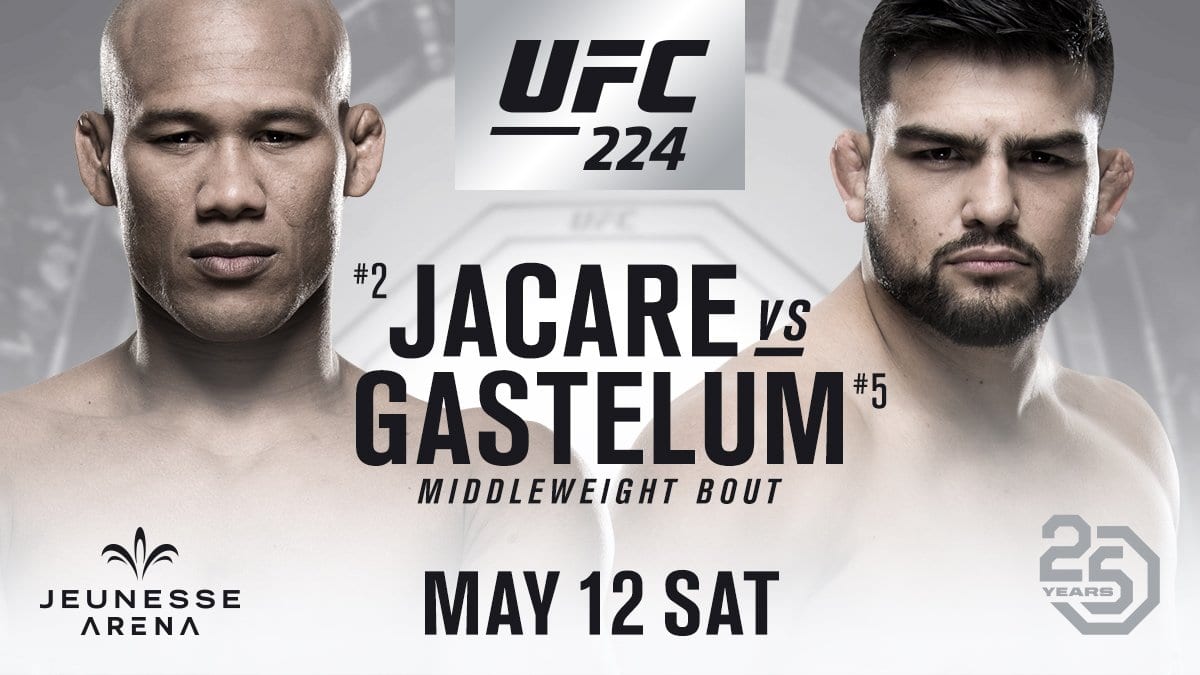 Kelvin Gastelum and Ronaldo ‘Jacare’ Souza are set to meet in what could be a contest with middleweight title implications.

The UFC has announced a contest between the two will take place at the upcoming UFC 224 in Rio de Janeiro on May 12. Souza comes into the fight on the back of a return-to-form win over Derek Brunson, while Gastelum enters after an impressive knock out victory over Michael Bisping.

As Yoel Romero looks the most likely to face 185-pound champion Robert Whittaker, and Chris Weidman is still on the sidelines with a thumb injury, it seems the winner of Gastelum and Souza could well be in pole position for whomever is champion after Romero-Souza II.

The UFC 224 card is currently as follows: