Two of the world’s top middleweights are set to go at it in a few months’ time. 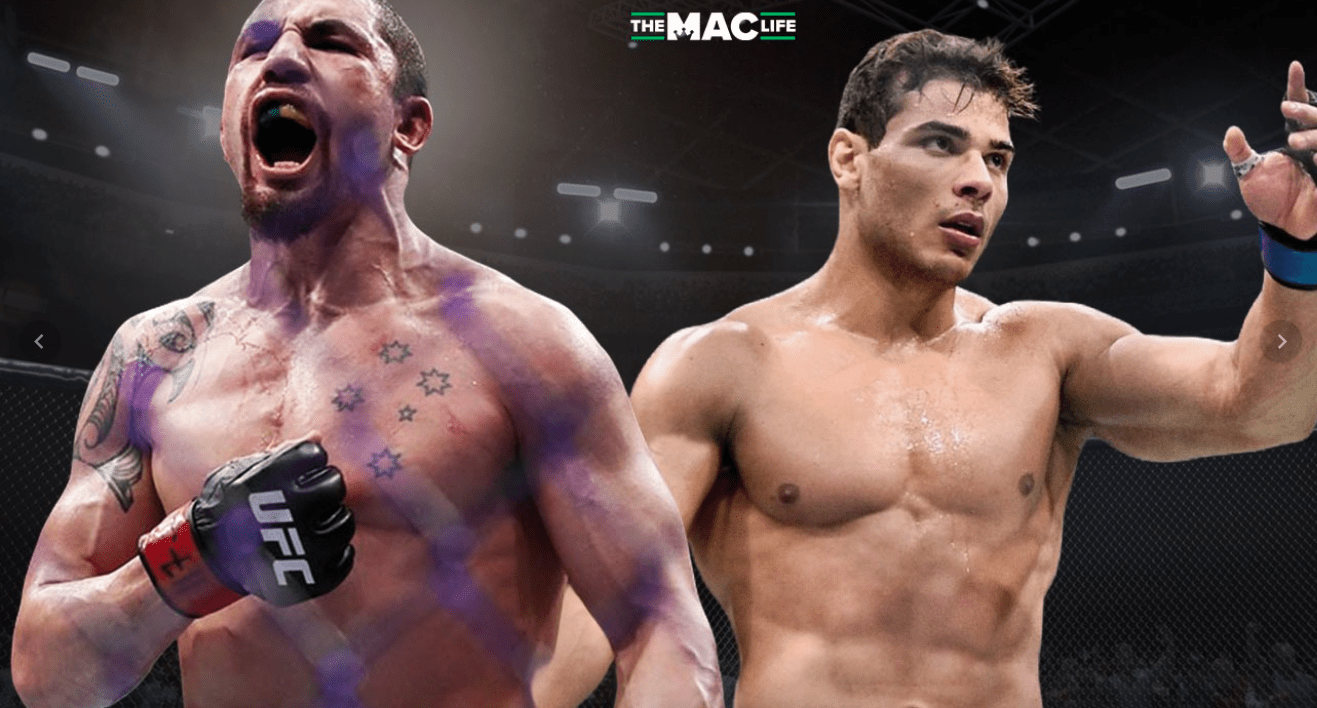 Top middleweight contender Robert Whittaker and Paulo Costa, the last two men to have been defeated by current 185-pounds champ Israel Adesanya, are poised to fight in an April 17 in a bout which could go a long way to determining the next title challenger in the division.

As reported by MMA Junkie, the bout has yet to be officially announced by the UFC but it is understood that both fighters have agreed in principle to the fight despite contracts not yet being signed.

Whittaker, 30, held the promotion’s 185-pound title after the interim title he held was upgraded to the real deal after Georges St-Pierre stepped away from the sport once again shortly after winning the belt from Michael Bisping in New York City in late 2017. Since losing to Adesanya, Whittaker has wracked up successive wins against Darren Till and Jared Cannonier — wins which some had speculated would place him into a rematch with Adesanya.

However, that wasn’t to be after ‘The Last Stylebender’ announced his intentions to move to light heavyweight to challenge the recently crowned Jan Blachowicz for his championship.

Costa, meanwhile, will come into the bout on the heels of second-round loss to Adesanya last September — a fight which seemed to add more fuel to the Costa-Adesanya rivalry, with the Brazilian pledging that he will get revenge for what he saw as a disrespectful post-fight celebration from the Kiwi.

As is the trend with UFC events nowadays, no venue has yet been confirmed for the April 2017 event.