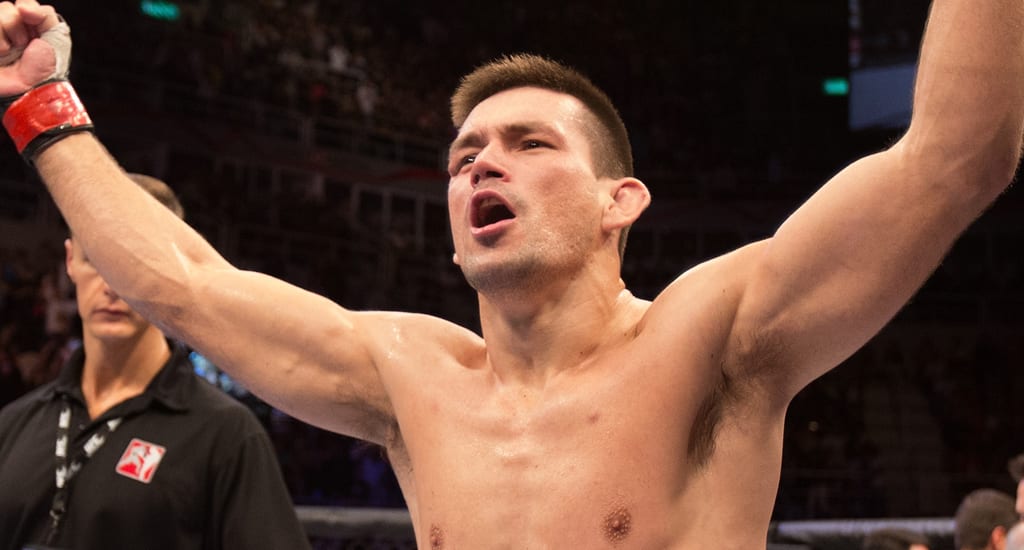 Demian Maia will put his welterweight title shot at risk once again as he faces Jorge Masvidal at UFC 211 in Dallas.

News had emerged this week that the UFC were working on the bout, but the date had yet to be confirmed. MMAJunkie reported today that the UFC have confirmed Maia/Masvidal will fight at the May 13 event at American Airlines Center in Dallas.

It’s a nice addition to an increasingly stacked card, which currently features two title fights (Stipe Miocic vs. Junior Dos Santos for the heavyweight title and Joanna Jedrzejczyk vs. Jessica Andrade for the women’s strawweight title).

It’s also an interesting turn of events for the two men involved.

Masvidal is coming off one of his most impressive performances and wins over Donald Cerrone, and as such has been rewarded with the bout that Cerrone himself had made multiple calls for.

For Maia, it’s the latest risk he’s taken in order to stay active. Widely considered as a rightful contender for Tyron Woodley’s welterweight title, Maia was unable to get his shot once the UFC elected to put together a rematch between Woodley and Stephen Thompson.