Ray Borg is no longer with the UFC. 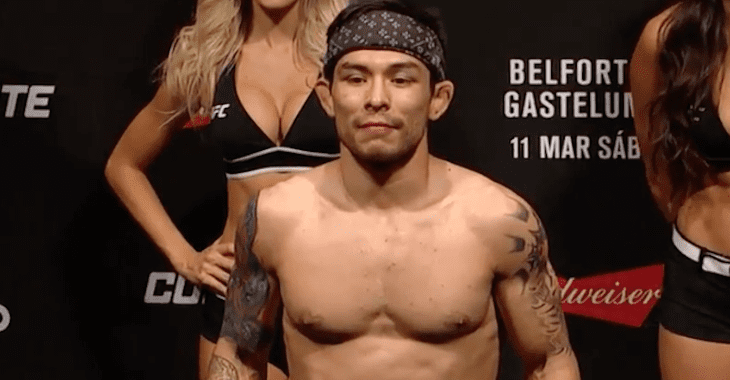 Ray Borg is no longer a member of the UFC roster.

Per a report from MMAfighting, Borg has been released from the promotion after being unable to compete against Nathan Maness at the recent UFC Vegas 5. Borg didn’t attend the official weigh-ins, and his fight was scrapped due to ‘medical issues’. It seems it was the last straw for the former title contender.

Borg has had a complicated history when it comes to his fighting career, having missed weight on four occasions as well as failing to make it to the Octagon on nine occasions. It’s important to note, however, some of those struggles have stemmed from his newborn son’s suffering from a brain condition that needed multiple surgeries.

Borg heads into free agency with a record of 7-5. At one time he was considered one of the brightest prospects at 125-pounds, but was dispatched by then-champion Demetrious Johnson with the now-famous suplex-to-armbar submission. His last contest inside the UFC was against Ricky Simon, in which he lost a split decision.