Ray Borg goes off on critics during UFC 215: “You mother fuckers are acting like I chose not to fight”
Press enter to begin your search
MMA

Ray Borg goes off on critics during UFC 215: “You mother fuckers are acting like I chose not to fight” 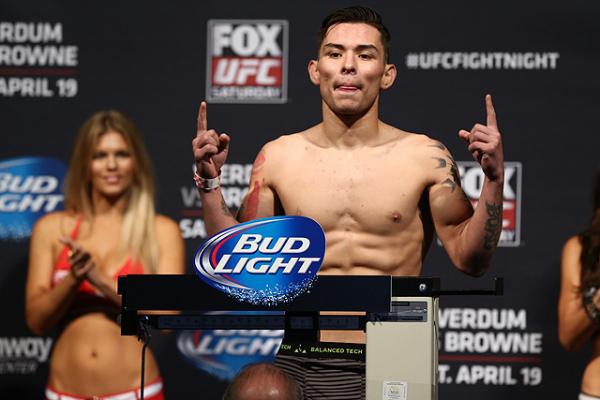 Ray Borg might be missing UFC 215, but that doesn’t mean he’s not paying attention.

The UFC flyweight contender was ruled out of his title fight against pound-for-pound great Demetrious Johnson late on Thursday, citing an illness that was too much to overcome. While Borg has had numerous weight issues in the past, particularly in reaching that 125-pound limit, his initial statement denied the weight was a factor.

During the pay-per-view on Saturday night, Borg clearly became irritated with the bombardment of Tweets he was receiving, and went on a rant to put some rumours and grievances to bed.

You dumbass, 1 that was suppose to be just a funny caption and 2 it wasn't weight cutting issues.

Just tired of all you duche bags so quick to bash us without really knowing what happens.

I showed up to all my media obligations with intentions to fight.

As of yet, it’s been unconfirmed if Borg will remain number one contender, but rumours persist that the UFC are looking to re-book the title fight for UFC 216.