‘Put Dos Anjos in there at the same time’: Conor McGregor reacts to reports that Rafael Dos Anjos listed as backup for UFC 264 main event

Two birds with one stone? 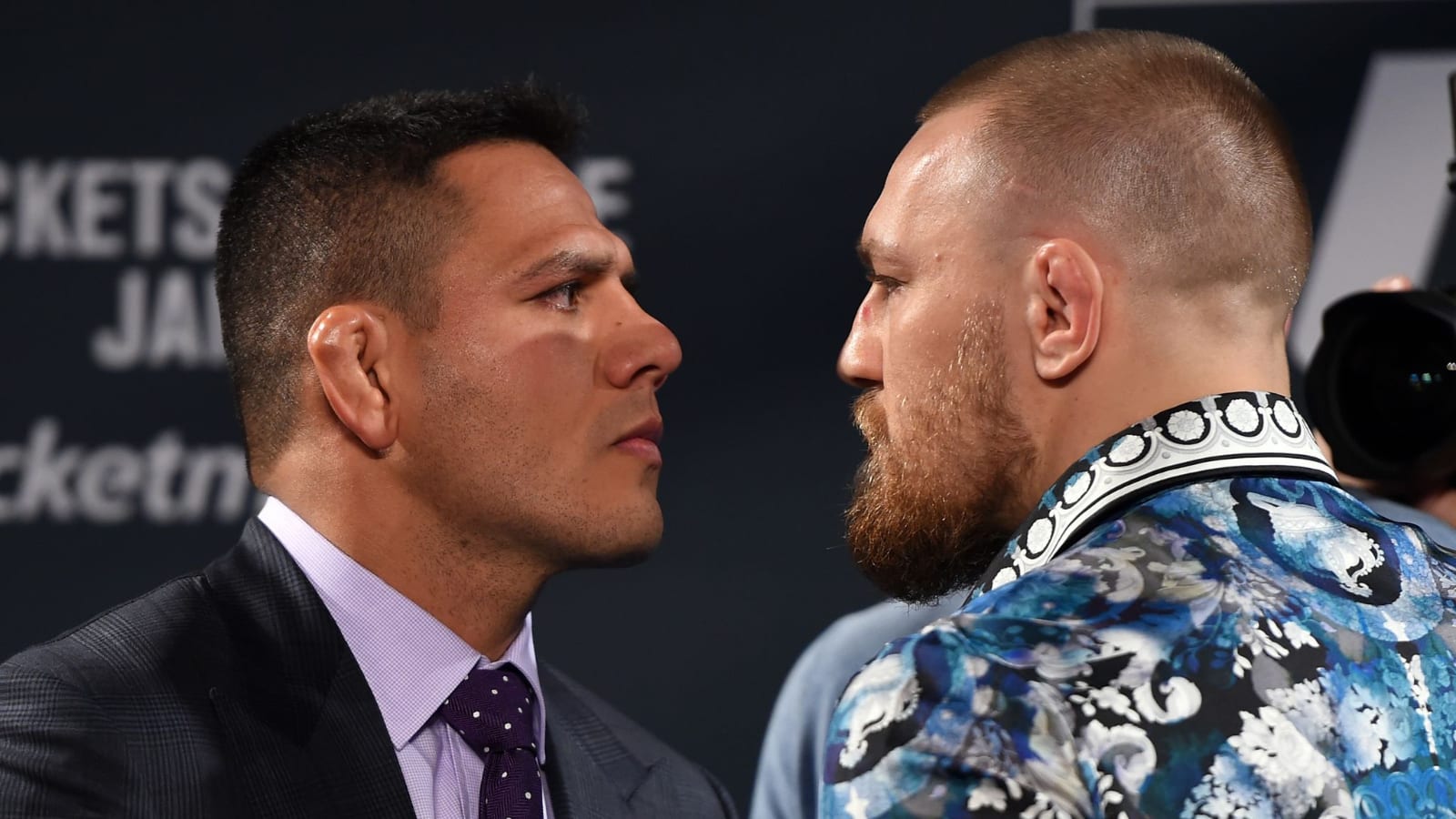 Many moons ago, Rafael Dos Anjos was next up for Conor McGregor.

Shortly after defeating Jose Aldo in record-breaking time to claim the UFC’s featherweight world title in late 2015, McGregor was drafted into a 155-pound title fight against then-champ Rafael Dos Anjos. However, the Brazilian subsequently withdrew after declaring that he had a foot injury — with McGregor later describing it as a “bruise”.

Instead, McGregor took on Nate Diaz on short notice in a fight which would capture fight fans’ attention ahead of a rematch months later which, at the time, was the most watched fight in the history of mixed martial arts.

McGregor would, of course, go on to win the UFC lightweight title from Eddie Alvarez the following November in Madison Square Garden to become the UFC’s first simultaneous two-division champion — but was again linked to Dos Anjos a few years back for what would have been an interim welterweight world title showdown.

To date, though, McGregor and Dos Anjos have yet to throw leather — but according to reports, RDA has been selected as the backup to this weekend’s UFC 264 headliner with Dustin Poirier.

And McGregor sees this as an opportunity to kill two birds with one stone.

Put dos anjos in at the same time.

“Put Dos Anjos in there at the same time,” McGregor wrote on Twitter, apparently in reaction to online reports that RDA had been drafted in as a potential replacement.

Dos Anjos, meanwhile, returned to lightweight after a spell at welterweight in which he had lost four of his past five to defeat Paul Felder this past November.