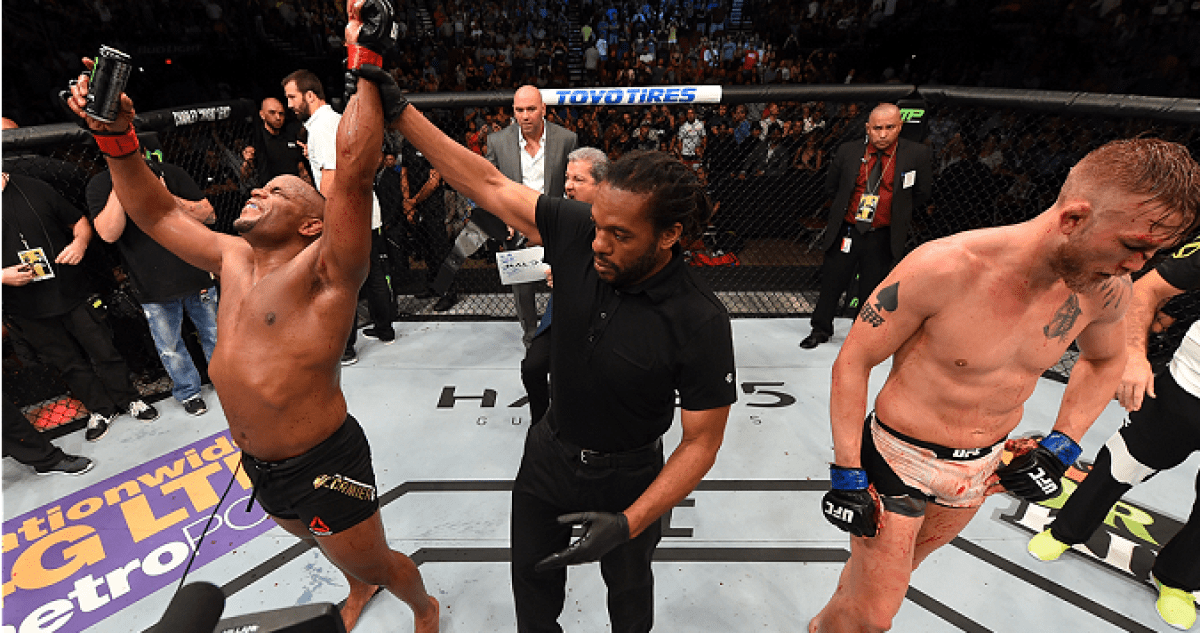 With Daniel Cormier now officially retired and having removed himself from both the rankings and the USADA testing pool, the former two-division UFC champion had admitted that he has had early discussions with the WWE about potentially representing the sports entertainment company from behind the announcer desk.

Cormier, who is a lifelong fan of pro wrestling, has already expanded his broadcasting career to UFC commentary duties as well as being a talking head on ESPN but says that he would appreciate an opportunity in WWE to prove his worth.

“We’ve been talking,” Cormier said to Sports Illustrated. “We’ve spoken to some of the people over there in very, very early conversations. WWE is a company I’ve watched and loved my entire life.

“Put me at the commentary table. Let me call the matches for six months and tell you how great these wrestlers are in the ring. I would love that, and I wouldn’t be faking it. WWE is something I’ve loved my entire life.

Thank you all for the love and support. Not what I wanted or expected but it is what it is. Congrats to @stipemiocic on a fantastic fight, was an honor and pleasure to share the octagon with you for 50 minutes. Boy did we give ‘em a show everytime. To my team: I love you all to death, you’ve made so many sacrifices. I hope I made you guys proud. Salina and the kids: thank you for being my motivation. To all the fans: I love you so much. You guys push me to try and be great. To @danawhite and the @ufc: I have loved every minute. Thank you for giving me the opportunity. Been a helluva ride, huh?

“Then, after those six months, what if I’m sitting next to Michael Cole, and Roman [Reigns] comes over and smacks the microphone out of my hand?” Cormier said. “But I’m an announcer. Will I hit him back? Then you’re asking if this will happen or not. That’s what I want, that slow build, the type of story you want to see, and your heart feels like it’s going to explode while you’re waiting for it. Give me the slow build, let it simmer.

“I’m a fan of the product, I have a tremendous amount of respect for it,” Cormier contined. “So that’s where I’m at, trying to figure out where my life is after competition.”