Check out what the UFC roster had to say about the UFC 272 main event featuring Colby Covington and Jorge Masvidal. 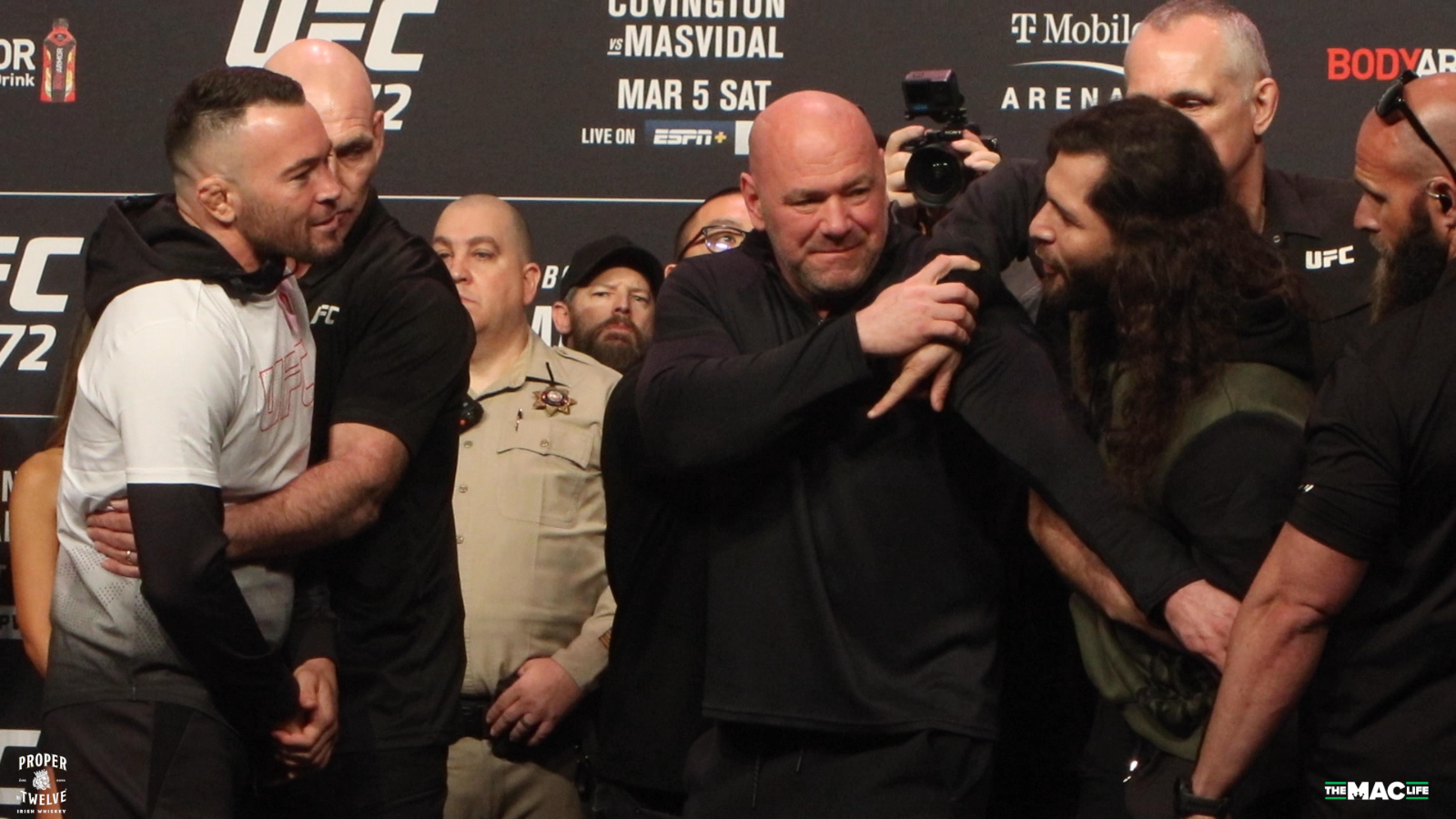 Tonight at UFC 272, Covington met former friend and now rival Jorge Masvidal in the main event and walked away the victor with relative ease. While Masvidal may have had his moments, in truth it was Covington who proved he’s likely the best welterweight in the world not named Kamaru Usman.

As usual, plenty of their fellow UFC fighters and MMA pundits were watching along. Check out what they had to say below.

Masvidal can’t pull straight back that caused his problems. Geography and round belonged to Covington. #UFC272

Colby already fighting South paw , but hat knee injury might get be true

.@ColbyCovMMA has such a RELENTLESS pace #UFC272

2-1 Covington, might be 3-0. Colby is just so exhausting, constantly trying to advance positions on the ground. He's wearing on Jorge with each round. #UFC272

R4 weird bc Colby was rolling then got dropped.

Colby’s striking output has been different so far. Likely because of their training history. #UFC272